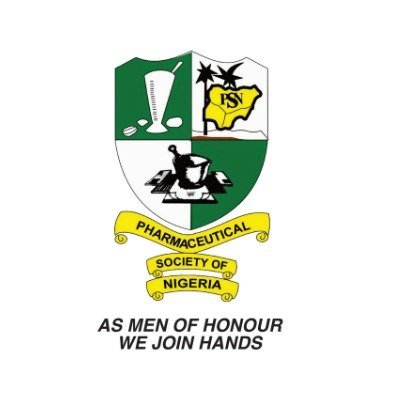 The Pharmaceutical Society of Nigeria (PSN) has hailed the professionalism of the BBC Africa Eye documentary that exposed codeine abuse in the country.

It also gave the investigators a pat on the back for their bravery in unravelling the decadence that has rocked the society as a result of codeine abuse by the youth.

According to a statement by its President, Ahmed Ibrahim Yakasai, the PSN has been raising alarm about it in the last one year. The general public will remember that the PSN President was the first to draw the attention of the general public to the enormous amount of cough syrup being abused in the North, taking advocacy visits to Senate President, Speaker of the House of Representatives, traditional rulers, governors of affected states and the Director General of NAFDAC.

It explained that in furtherance to its stand, the PSN represents more than 30, 000 pharmacists as members and it always enjoin them to hold integrity and honour as a virtue.

“We strongly condemn unethical practices and consistently educate, retrain, certify and advocate for ethical practice by members. We also have in place a system for reporting unethical practices discretely (whistle blowing), disciplinary procedures and legal channels for assuring the quality of service provided to the public. We currently work with regulatory agencies like Pharmacists Council of Nigeria (PCN), NAFDAC and our technical arms to improve regulation by ensuring laws are updated to reflect current realities, motivate easy compliance, promote integrity of the medicines supply chain and provide sufficient deterring penalties to wrong doers.

“In this light, our advocacy to the Senate has yielded two bills under consideration and several partnerships targeting supply and demand of codeine containing cough syrups. We are also in this vein calling on the Federal Government not to renege on its commitment to implementation of the National Drug Distribution Guidelines (NDDG) slated for January 2019. The implementation of this guideline will result into better regulation of medicines distribution and improve the ability of regulators to audit the trail of drugs”, it said.

According to the statement which was obtained by Maritime Bits, the PSN called on the public to speak up and ask their representatives to mandate the Federal Government to implement the NDDG as agreed with stakeholders. Again, we have tried very hard to sustain the ideals of pharmacy practice in Nigeria.

Continuing, it said: “Fundamentally, disciplinary matters and accreditation of pharmacy facilities for training suffers in the absence of Council. We once again appeal to Federal Government to approve the immediate reconstitution of the Pharmacists Council of Nigeria. With this in place we can assure you of serious consequences and appropriate sanction to any member of our society found wanting.

“Similarly, the PSN’s Young Pharmacist Group are currently partnering with NAFDAC to educate young people in all 774 local government areas of the country, beginning with a test run in six states. This project will take advantage of the great communication and counselling skills unique to pharmacists and the social skills of our enterprising youth”.

The PSN reiterated its call on its members to ensure that embrace ethical conduct, professionalism and honour.

It stated that pharmaceutical manufacturers are encouraged to have standard operating procedures that assure their distribution channels and when those channels are shown to be compromised, to investigate, re-evaluate, update and retrain.

It assures the general public that it will work to restore the confidence of all in the integrity of the drug distribution system in the country.