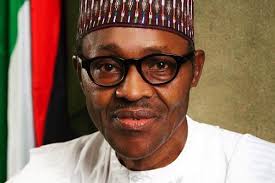 Ministries, departments and agencies (MDAs) in the country are in a hot race to meet President Muhammadu Buhari’s Friday March 23, 2018 deadline for them to submit details of their 2018 budget to the appropriate committees in the National Assembly.

Following the pronouncement of the deadline, the MDAs were said to be in a frenzy to meet the ultimatum as they do not know whether the president will make good his threat to sanction those who failed to do so.

Our correspondent visit to the corporate headquarters of the MDAs, especially the ones in the maritime industry showed that the helmsmen and top management of the organisations that are yet to submit their budget details to the legislature were locked up in series of meetings to ensure that they get clean copies of their budget details in readiness for submission.

As at press time, it was not certain if Buhari will make good his threat to hammer the chief executive officers (CEOs) of MDAs that fail to submit the details of their 2018 budget to the National Assembly.

The Secretary to the Government of the Federation, Mr. Boss Mustapha had in a circular to all the agencies conveyed Buhari’s ultimatum.

To ensure that the ultimatum is implemented to the letter, Mustspha in the circular urged supervising ministers to ensure timely compliance with the content of the circular.

He also ordered the agencies to comply with the provisions of the law and honour invitation to defend their estimates timely.

“It has come to the attention of Government that a number of agencies, corporations and government owned companies have not fully complied with the provisions of Section 21 of the Fiscal Responsibility Act (FRA) 2007.  Agencies are reminded that the FRA 2007 provides that consequent upon laying of summary of budget estimates of agencies listed in the schedule to FRA alongside the national budget by Mr. President, it is required that details of such budgets be made available to the National Assembly for consideration and passage”, the circular read in parts.

Meanwhile, the Ministry of Budget and National Planning has clarified some media reports suggesting that the 2018 Budget was submitted to the National Assembly without details from some MDAs.

The ministry made the clarification in a statement signed by the Director-General, Budget Office of the Federation, Mr. Ben Akabueze in Abuja.

Akabueze said that the attention of the Budget Office of the Federation had been drawn to media reports suggesting that the budget was submitted to the National Assembly without details from some MDAs.

According to him, the office had also received enquiries along same lines from concerned members of the public, adding that it has become necessary to clarify the facts regarding this matter.

Continuing, the Director General said: “Mr. President submitted the budget with all the usual details required by NASS to process the budget. We would like to emphasise, for the avoidance of doubt, that on 7th November, 2017 President Muhammadu Buhari, as constitutionally stipulated, laid before the NASS, the Executive budget proposals for 2018. It was laid before the NASS with all the usual details required by the house to process the budget. This included the details of the budgets of all federal MDAs based on the Government Integrated Financial Management Information System (GIFMIS) budget templates.

“In the course of its review of the budget proposals the NASS normally invites the MDAs to appear before them to defend the President’s budget submissions. Given the seriousness the Presidency attaches to getting the 2018 budget passed so it could earnestly focus on achieving the goals set out in the Economic Recovery and Growth Plan 2017-20 (ERGP), which formed the basis of the budget.

“It had directed heads of ministries and extra-ministerial agencies to attend to any requests for meetings/information by the National Assembly (NASS) with despatch. To the best of our knowledge, this directive has been complied with.

“It is distinct from GOEs as such any delay in the GOEs providing additional details on their budgets should not affect the early passage of the main budget. It will be recalled that the Senate at its February 14, 2018 sitting had complained that some GOEs had not submitted the details of their 2018 budget in a format acceptable to the Senate.

“It directed these GOEs to submit their 2018 budget details in the format required by the Senate within a week. However, as is sometimes the case, the respective Committees of the NASS which oversight the GOEs may require them to provide additional details to support their budget proposals.