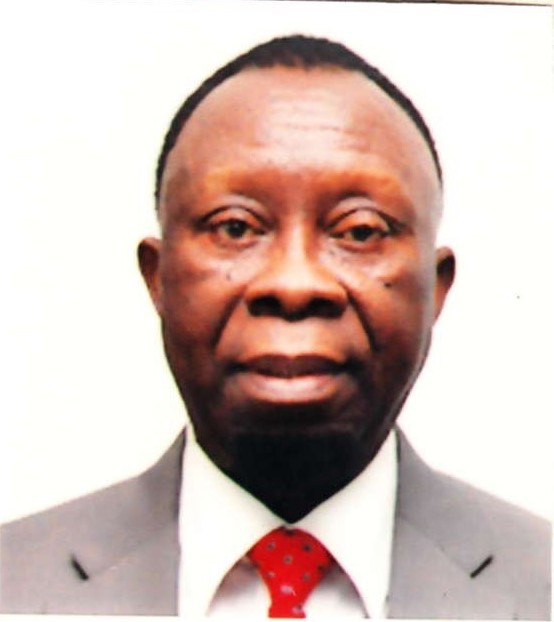 One of the chieftains of the umbrella body of licensed customs agents in the country, the Association of Licensed Customs Agents (ANLCA), Sir (Dr.) Enoch Iwueze has drummed support for the nation’s seaports located in the Eastern part of the country.

While decrying the over concentration of shipping activities in the seaports situated in Nigeria’s commercial nerve center, Lagos, Iwueze in an exclusive interview with Maritime Bits called for the implementation of policies and programmes that will enhance operations in Eastern ports.

He enjoined stakeholders in the maritime sector of the economy to give what he called “their unalloyed support” in the measures put in place by the Federal Government to make shipping operation in Eastern ports better than its present level.

According to him, efforts by the Federal Government to ease the congestion in Lagos ports should be sustained in the months ahead. It does not make any economic sense that the Eastern ports are virtually idle while the ones in Lagos are congested bringing pains, sorrows and unnecessary additional cost to port users and others in the cargo clearance chain.

The ANLCA chieftain who is also the Managing Director and Chief Executive Officer (CEO) of Air Sea Freighters Limited with offices in Nigeria and associates overseas spoke on the heels of the recent berthing of the largest container ship to ever visit Nigeria at Onne Port Complex, Rivers State.

His words: “This feat attained by Maersk Line in collaboration with NPA will go a long way to encourage other shipping lines which have been skeptical of draught limitations to schedule their larger and bigger vessels to Onne Port. It will equally reduce the volume, rate and transshipment containers hitherto being brought by feeder vessels from other neighboring countries”.

“Maersk Line is presently a foremost shipping line operating in Nigeria and indeed the West African region and it has brought a lot of innovative ideas in documentation both in invoicing, payments and cargo releasing processes. I very much commend the global management and local staff of Maersk Line for their dedication to duty and hope they will maintain and improve on their current trend”.

It is on record that penultimate Saturday at Onne Port, Rivers State, history was made as a leading container terminal operator, the West Africa Container Terminal (WACT) received the largest container ship ever to berth at any Nigerian port.

Named Maersk Stadelhorn with length overall of 300 meters and beam of 48.2 metres, the ship has capacity to carry about 10,000 Twenty Equivalent Units (TEUs) of containers. Hitherto, the regular container ship calling at Nigerian ports are those in the class of WAFMAX with a maximum capacity of 4,500 TEUs.

Maersk Stadelhorn successfully berthed at WACT, Onne on Saturday 15th August, 2020 at 16:00 hours and currently situated at berth 8 and overlapping on berth 9 due to its very large size and frame.

Iwueze and many other stakeholders in the maritime industry have continued to express delight at the successful berthing of the largest container ship in the country, even as they called for concerted efforts to ensure that the momentum is sustained in the years ahead.

The Air Sea Freighters Limited Managing Director and Chief Executive Officer maintained that Nigeria, nay Nigerians stand to gain more when all the nation’s seaports are fully utilized for the benefit of the citizenry.

Continuing, he said: “As port users operating in the Eastern part of the country, we are very happy with this development. It is testimony to the fact that the concentration of shipping activities in the ports situated in Lagos with the attendant high cost occasioned by the perennial gridlock was unnecessary. That is why I am commending the Federal Government, the Nigerian Ports Authority (NPA) and other stakeholders for achieving this milestone.

“However, there is still room for improvement as we need to do more to sustain the momentum. That is the only way we can avoid making this feat to be a flash in the pan. As far as I am concerned, government cannot do it alone. All hands must be on deck to address the root cause of the low level of shipping operations in the Eastern ports. Short, medium and long term programmes and policies must be put in place to address the ills plaguing the Eastern ports squarely”.

“I agree that it is a long process but the earlier we start the better as more employment opportunities will be created for our teeming youths presently roaming the streets for non-existent jobs if these measures are strictly implemented. As our people say, where there is a will, there is a way. I therefore strongly believe that if Mr. President musters the political will and determination, we can make the Eastern ports vibrant again”, he added.