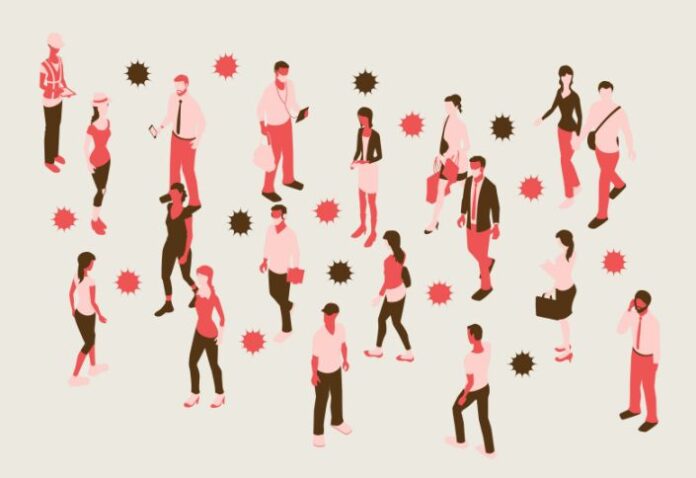 Since the start of the pandemic, health experts have explored the potentially major role of asymptomatic carriers in COVID-19 outbreaks. It’s been one of the great mysteries about the coronavirus, as it’s something that hasn’t been tracked thoroughly with other respiratory illnesses.

Evidence suggests nearly half of all COVID-19 cases may be without symptoms. Plus, those who never get symptoms, especially kids, may have the potential to spread it just as readily as infected people with symptoms. This highlights the need to track, test and isolate everyone who’s been exposed to the disease early and often.

Despite all of that, the Centers for Disease Control and Prevention altered its testing guidelines earlier this week, stating that people who don’t have COVID-19 symptoms don’t need to get tested ― even if they were possibly exposed to someone with the illness. The CDC director later clarified that those individuals “may be considered” for testing.

Health experts say it’ll be a huge challenge to get a handle on COVID-19 if we don’t even know who has it. Even people without symptoms can (and will) greatly influence the future of the pandemic.

Though many of our questions regarding asymptomatic transmission remain unanswered, scientists have collected a number of new insights in the last couple of months that have helped paint a clearer picture of what’s going on with infected people who never develop any symptoms.

Here are a few things we now know about asymptomatic carriers:

A study came out in June showing that about 40% of infected people who were tested for COVID-19 in a small Italian town had zero symptoms. In Boston, clinicians tested a group of people who were homeless and living in an inn and found that all 146 individuals who tested positive didn’t have symptoms.

Furthermore, contract-tracing efforts in Washington, D.C., recently revealed that about half of patients diagnosed with COVID-19 had not come in contact with someone diagnosed, suggesting there’s a good chance most people are getting sick from others without symptoms.

The CDC guidance currently states that asymptomatic individuals here in the United States may account for up to 40% of cases.

But while it’s clear there are many asymptomatic cases out there, doctors aren’t sure just how prevalent they are.

“We don’t really know yet how many people end up being asymptomatic from this disease,” said Manisha Juthani, a Yale Medicine infectious disease specialist.

Scientists can estimate the number via studies, but these statistics hardly capture the reality of a whole population.

Silent carriers include people of all ages

Data from the start of the pandemic suggested asymptomatic cases skewed younger and mostly involved people in their 20s, 30s and 40s.

Kids also seem to play a much bigger role in the silent spread of COVID-19 than originally thought. The main reason for this, according to researchers, is because kids typically don’t experience severe symptoms of COVID-19; they tend to have no symptoms or such mild symptoms that they go unnoticed or ignored. This makes them prime candidates to carry and spread the infection unknowingly.

They carry a lot of the virus in their bodies, but it’s unclear whether it’s infectious

A recent study from South Korea found that asymptomatic and symptomatic people carry a similar viral load in their bodies, which is the amount of virus located in people’s throats and noses.

This indicates that asymptomatic people could potentially (keyword: potentially) spread the coronavirus just as readily as those with symptoms.

But scientists aren’t entirely convinced that’s the case. Alternatively, that viral material detected in asymptomatic carriers may not be infectious — it could be dead viral pieces that haven’t yet been cleared out of the body, according to Juthani.

They may not spread the virus quite as much

Coughing and sneezing are thought to be the main way coronavirus particles get out and infect new people. Theoretically, if an infected person has symptoms, there’s a good chance they’re coughing and sneezing more and expelling more respiratory droplets into the environment.

“This allows for viral particles to spread more than in the asymptomatic patient,” Juthani said.

Other experts say talking could transmit the virus super easily, too. “Coughing can potentially release larger and more numerous clouds of droplets, but we now know that simply talking produces thousands of droplets,” added Benjamin Neuman, a virologist and the head of the biology department at Texas A&M University-Texarkana.

Also concerning is the fact that asymptomatic carriers may not take the same precautions (think: staying home, wearing a mask) as people who are obviously sick.

One theory, supported by research conducted by the Mayo Clinic, suggests that childhood vaccinations, like pneumonia and polio vaccines, may boost the immune system’s ability to knock out COVID-19 before symptoms appear.

Another belief is that people may have a degree of immunity from previously being infected with a coronavirus. There are at least four other coronaviruses that cause the common cold, Juthani said, and our bodies don’t easily forget about them.

“This memory seems to provide some protection to the novel coronavirus as well,” Juthani said.

Asymptomatic infection can cause lasting damage

Even if a person infected with the coronavirus has no obvious symptoms, the infection could lead to long-term heart damage and internal inflammation in certain individuals. That underlying inflammation can later trigger complications like heart arrhythmias, heart failure and cardiac arrest — just look at the college football players who contracted COVID-19 and have developed heart problems.

According to Neuman, past studies on infected animals suggest that, even when there are no symptoms from a disease, there’s still cell damage that’s later identified in biopsies.

“In other words, it probably makes more sense to think of people with mild symptoms that may be difficult to notice, but not truly asymptomatic people,” Neuman said.

“Public policy decisions that recommend lower precautions for people perceived to be less vulnerable will lead to more, rather than less, spread of COVID-19,” Neuman said.

Asymptomatic spread is likely happening all around us. If a person doesn’t have symptoms, they wouldn’t think to get tested or isolate — hence the continued importance of wearing masks, Juthani said.

“Although people who are asymptomatic may not transmit the virus as easily as symptomatic people, they can still ‘pass the baton’ to the next person,” Juthani said. As long as asymptomatic transmission is taking place, the “relay race of the virus” is able to continue.