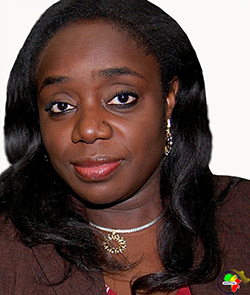 Fresh facts have emerged on why Finance Minister, Mrs. Kemi Adeosun Friday resigned her position following allegations that she did not participate in the mandatory one-year National Youth Service Scheme (NYSC) but instead, forged an exemption certificate many years after graduation.

Impeccable sources close to Maritime Bits said Adosun bowed to pressure as her resignation letter said she did not want the government to be distracted or the allegations to be used for political gains against President Muhammadu Buhari in the forthcoming 2019 presidential elections.

In spite of the fact that she kept mute, perhaps, hoping silently that the allegations would be soon forgotten her long walk to resignation reached its zenith on the 69th day, since the story broke.

Her resignation was sequel to the controversy surrounding her NYSC saga was first broken on July 7, 2018 by Premium Times.

The news medium stated that Adeosun’s official credentials showed that the minister parades a purported NYSC exemption certificate, which was issued in September 2009, granting her exemption from the mandatory service on account of age.

An insight into Adeosun’s background revealed that she was born in March 1967, graduated from the Polytechnic of East London in 1989 which in 1992 changed its name to the University of East London at the age of 22.

This made it obligatory for her to participate in the one-year national service to enable her qualify for any job in Nigeria. Instead, she pursued a fast-paced career in the British public and private sectors.

She first landed a job at British Telecoms, but left after a year to join Goodman Jones, an accounting and investment firm, as audit officer. She served there till 1993.

In 1994, she joined London Underground Company as Internal Audit Manager, before switching to Prism Consulting, a finance firm, where she worked between 1996 until 2000.

In 2000, she was hired by PricewaterhouseCoopers PwC, where she worked for two years.

When she eventually returned to Nigeria in 2002, she did not deem it necessary to participate in the NYSC scheme but allegedly procured a fake exemption certificate in 2009.

The revelation triggered widespread outrage from Nigerians with the Human and Environmental Development Agenda, a non-governmental organisation, petitioning the Inspector General of Police (IGP) demanding an investigation into the claims against her.

In the same vein, another nongovernmental organisation, the Social Economic Rights and Accountability Project (SERAP), in August sued the NYSC for its failure to disclose details of the certificate paraded by the minister having earlier made a freedom of information request to the NYSC which the agency ignored.

The Federal Government, reacting through Minister of Information, Alhaji Lai Mohammed weeks after the news broke, said the appropriate agency was still investigating the allegations and that the president would only act at the end of the probe.

Weeks after that the Presidency via Presidential spokesman, Garba Shehu stated that Adeosun’s alleged certificate forgery is under investigation.

Shehu who appeared on AIT’s breakfast programme, Kakaaki on Monday, September 10, 2018, assured Nigerians that the outcome of the investigation would be made public.

“The Minister of Information has spoken on the matter and a process is ongoing to address the allegations. When that process is complete, Nigerians will know the outcome,” Shehu said.

“Some people want a particular outcome and because they are yet to see this outcome, they are not happy. Give it (investigation) time. There is a process ongoing.

“It’s an allegation. If it is proven, you will see what will happen. The minister and the NYSC have spoken on the matter.”