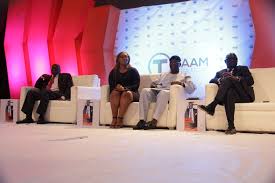 Stakeholders in the maritime industry have identified the causes of the rising port cost in the country just as they pointed the way out of the challenges.

They spoke at the third edition of the Taiwo Afolabi Annual Maritime Conference which was held in honour of Afolabi, in collaboration with the Maritime Forum, University of Lagos and Sifax Group.

Represented by his daughter, Mariam, the Group Executive Vice Chairman whose firm is a multinational corporation with diverse interests in maritime, aviation, haulage and logistics, oil and gas and hospitality also proffered solutions to address the challenge of rising port costs in the country.

He stressed the need for the regulatory authorities to harmonise and balance the conflicting viewpoints on the rising port cost in order to satisfy those doing business in the maritime sector of the economy.

“I am very hopeful that the a suitable framework for determining the appropriate costs of services in the Nigerian port system will be developed very soon without making our ports unfriendly to users either internally or within the sub-region”, he said.

Speaking on his keynote address titled: “Port Costs and Port Charges: Issues in the Port Reform Policy” Folarin noted that the charges that a consignee has to deal with in the nation’s seaports are too numerous.

Faces of Stakeholders at the Third Edition of the Taiwo Afolabi Annual Maritime Conference at the main auditorium,University of Lagos…recently:

Folarin explained that disputed charges between the NPA and shipping companies include provision billing, under declaration of weight and volume, excessive extra service charges between NPA and terminal operators, throughput charges, royalty, lease fees, use of foreign currency in computing charges, as well as berthing fees.

In order to curb the effects of these charges on the port system, he submitted that there must be a deliberate government policy to reduce Customs duties and taxes.

He argued that the revenue target placed on the Nigerian Customs Service (NCS) commands should be discontinued to reduce port cost and charges, the setting up of an effective and efficient single window platform and regulation of the port and shipping sector to include service and costs, port infrastructure development especially in the port environment and common user areas.

The maritime expert called for the establishment of a port community system as a framework for stakeholder dialogue, pointing out that this would improve service quality and reduce costs.

He added these measures would led to the encouragement of public private partnership (PPP) in port business, investment in modern facilities and IT enablers and provision of good quality human services.

His words: “The issue of rising port costs and charges which has soared unabatedly can be solved if political will which includes the implementation of all agreed process and terms without delay and transparency is entrenched. The landlord model must be administered in the very technical, ethical and objective structure such that concessionaires’ obligations are not to replace the responsibilities of the port authority and including an inclusive port reform strategy.

Sarumi who was also the Chairman of the occasion stated that the regulatory agencies should formulate policies that will be beneficial to every player in the maritime sector.

“To curb the rising port costs and charges, operators should determine appropriate cost of services in the maritime sector. This is because at present, terminal operators are going through a tough time meeting up with their lessee obligation due to a volatile exchange rate order between the Naira and the United States of America (USA) dollars. The private sector should be allowed to run the port because the government is not adequately equipped to run it,” he said.

On her part, Haastrup slammed government agencies, especially NPA, Nigerian Shippers Council and the Nigerian Maritime Administration and Safety Agency (NIMASA) for their excessive charges in the nation’s seaports.

Describing NIMASA charges as the ‘highest’ in the Africa continent, Haastrup who is also the Chairman, Seaports Terminal Operators of Nigeria (STOAN) wondered why so many government agencies are part of the cargo clearing process in the nation’s seaports, airport and international land borders.

She maintained that it was wrong for anyone to heap the entire problems of the nation’s seaports on the terminal operators when it was glaring that government agencies have not lived up to expectations as enshrined in their statutory roles and responsibilities.