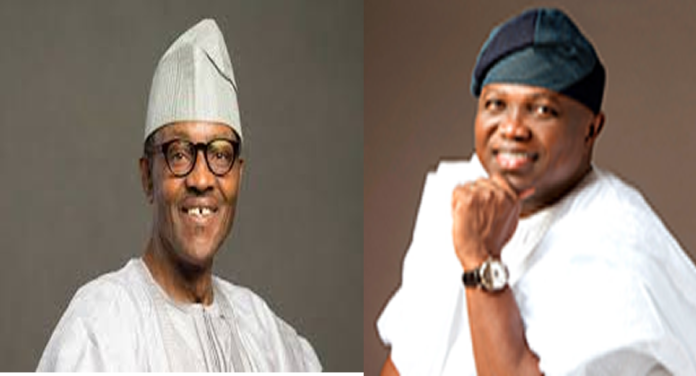 The war of attrition between the Federal Government and the Lagos State Government over the use of waterways in the commercial nerve centre of the country has continued unabated with the former taking the fight to the precinct of the National Assembly.

The venue was at the investigative hearing organised by the House of Representatives Committee on Ports, Harbours and Waterways at the National Assembly, Abuja.

Top officials of the Lagos State Government besides the Permanent Secretary, Lands Bureau of Lagos State, Bode Agoro and the Managing Director of LASWA were present at the hearing that attracted several stakeholders in the maritime industry and beyond.

Without mincing words, Sambo was emphatic that the Lagos State Government was overstepping its bounds by creating LASWA.

Describing LASWA as an “illegal entity” he maintained that it was against the laws of the land as provided in the Constitution of the Federal Republic of Nigeria for the Lagos State Government to create LASWA.

His words: “LASWA is an illegal creation. It is not recognised by the laws of this country because LASWA is a creation of the Lagos House of Assembly, which purported to repeal the NIWA Act. The question is can a state House of Assembly repeal a federal legislation?”

He also carpeted the Lagos State Government over the control of the waterways, pointing out that all navigable waterways, inland waterways, river ports and internal waters of Nigeria, excluding all direct approaches to the ports listed in the Third Schedule to the NIWA Act and all other waters declared to be approaches to ports under or pursuant to the Nigerian Ports Authority Act, up to 250 metres beyond the upstream edge of the quay of such ports, are under the exclusive management, direction and control of NIWA.

The NIWA General Manager, Lagos Zone revealed that a subsisting Court of Appeal decision in G. M Enterprises Limited vs C.R. Investment Ltd held that NIWA has been conferred with far reaching power and right to control, develop, manage and use all the lands, navigable waterways, inland waterways and river ports throughout Nigeria.

According to him, the Appeal Court decision reinforces the position that only the federal government can regulate inland waterways, shipping, navigation and dredging activities within the Nigerian inland waterways and its right-of-way.

Apparently well prepared for the onslaught, Agoro argued against the powers of NIWA to control the right-of-way 100 metres from the river bank as enshrined in the NIWA Act.

He argued that such powers exercised by NIWA had been overtaken by the Land Use Act, which has vested control all land in the state on the state governor.

Chairman of the House Committee on Ports, Harbours and Waterways, Patrick Asadu, who presided over the investigative hearing, said there would be need for future meeting to further deliberate on the feud between both parties over control of the waterways as the matter required serious attention of the federal lawmakers.