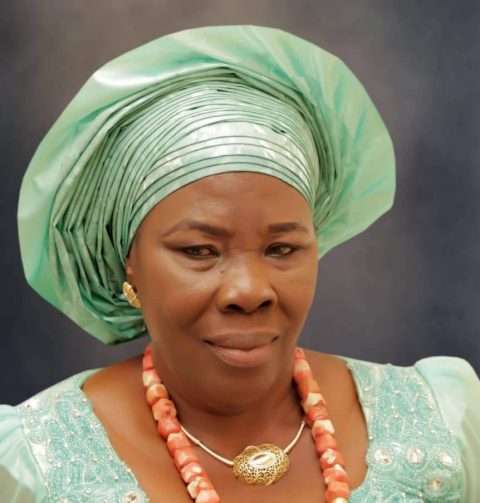 * Mother Said People Dressed in White Has Come to Take Her

* Mother was Loved by Many

Popularly called “country man”, as a result of his knack for grassroots politics, the governor recalled that his mother complained of some pain in the leg in January.

According to him, the pain in the leg was later discovered by medical experts at the Bayelsa Diagnostic Centre, Yenagoa to be cancer.

He recounted the last moments he had with his late mother who kicked the bucket a fortnight ago in his presence in the United States of America (USA).

He recalled that his mother told him some people dressed in white had come to take her home before she breathed her last.

His words: “One thing that happened before she passed on is that she said that people dressed in white had come to take her home.”

Describing his mother as a warm, witty and charming personality, the governor noted that Mrs. Dickson love humanity and was loved my many including the medical experts at the Cancer Centre where she died.

Dickson enjoined the people to pray against untimely death especially the rampant incidence of cancer related deaths in the country in recent times.

Dickson who returned to the country recently after the death of the matriarch of the Dickson family said during a church service held in memory of his late mother that she was a mother who displayed unique qualities and virtues which shaped the lives of her children and those who came across her in her lifetime.

“My mother has been an integral part of my journey. She was not just my mother, she was my elder sister. She was my rock, my counsellor, and because of her subtle style, people might not know the level of her influence”, he said

As part of the preparations for the funeral of the deceased, the leaders of the Kpadia Royal family to which the Dickson family is a part and the Toru Orua community of Sagbama Local Government Area were in Angiama to formally inform the family of the late Mrs, Dickson of their daughter’s death.

The high powered delegation which was led to Angiama community, Patani Local Government Area, Delta State by the Kpadia Royal family, was accompanied by a full community delegation from Toru- Orua and Bulou-Orua, with Chief Accra Odogu as leader.

The governor who is the first son of the deceased, friends and associates, national and state legislators, government operatives, youth leaders also formed part of the delegation.

The Special Adviser to the Governor on Media Relations, Mr. Fidelis Soriwei, stated in a statement obtained by Maritime Bits that the visit was in adherence to the age long tradition of the Ijaw people to formally inform the deceased family in the event of death.

The Head of the Akpe family of the late Mrs. Dickson, Mr. Salami Akpe, a maternal uncle to Governor Dickson and his siblings, and other prominent members of the area also received the delegation.

According to the statement, the late Mrs. Dickson passed unto glory in the early hours of August 18, 2018 at the University of Texas M.D. Anderson Cancer Centre, Houston, Texas where she had been receiving treatment.