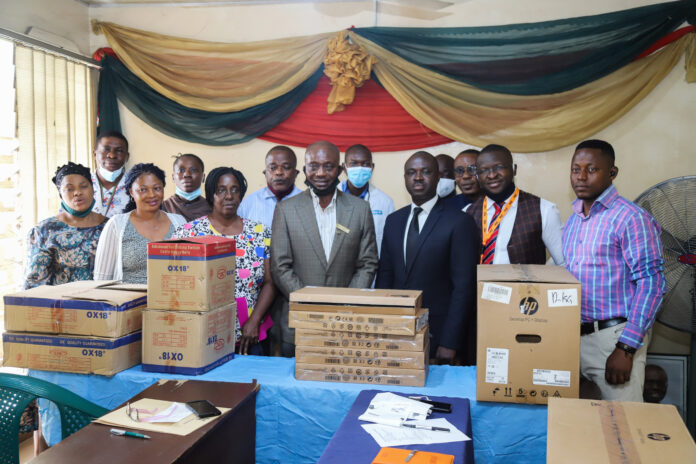 Sifax Group, a group of companies with investment in maritime, aviation, oil and gas, haulage and logistics, financial services and hospitality, has donated some items to the Apapa General Hospital, Lagos State.

At the official handover and presentation of the equipment to the hospital’s management, Sifax Group Head, Corporate Communications, Mr. Olumuyiwa Akande said the donation of the items is in furtherance of the company’s philosophy of supporting critical government institutions, especially in the education and health sectors as well as providing a better access to health care for Nigerians.

His words:  “Sifax Group believes that without good health, it will be difficult for Nigerians to be productive and make giant strides in their different endeavours. Our public health institutions are important in delivering this health care and that is the reason we decided to support the Apapa General Hospital in order to improve the quality of the hospital’s service.

“It is also part of our philosophy to give back to the society in any way we can because we know that government alone cannot single handedly meet all the needs of the society. Corporate organisations and public-spirited individuals have a critical role to play in this regard”

A statement signed by the company Communication Officer, Mr. Philips Olawumi Ojo and made available to Maritime Bits quoted Keshinro adding that such items will upscale the hospital’s capacity to respond well to its responsibilities.

According to Keshinro, we are deeply grateful to Sifax Group for the items donated. It is our wish that other organisations will also take a cue and support the good work we are doing at Apapa General Hospital.

He explained that the computers will especially help the hospital e-health project, an initiative of the Lagos State Government designed to digitalise its operations.