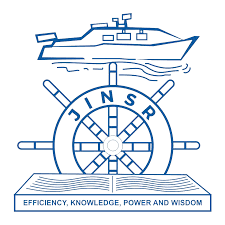 Following its approval as a centre for the conduct of certificate of competency (COC) examination in the country, a team of examiners from Nigeria’s apex maritime regulatory authority, Nigeria Maritime Administration and Safety Agency (NIMASA) has concluded plans to visit Joemarine Institute of Nautical Studies (JINSR).

To this end, the institute which is situated in the highbrow area of the oil and gas rich city of Effurun, Warri, Delta State will later this month serve as a venue for the conduct of the International Convention on Standards of Training, Certification and Watch-keeping for Seafarers (STCW) examinations for Deck and Engine Officers.

The agency in a letter dated April 9, 2021and addressed to the Managing Director and Chief Executive Officer (CEO) of the institute, Mr. Kenneth A. Epidei, said a team of NIMASA examiners will be in the school to conduct the examination.

The letter with the reference NIMASA-MSSS-E and C-165-11-184 and signed by the Head, Maritime Safety and Seafarers Standards Department, Engr. Olu Aladenusi stated that the object of the visit is to conduct the examination leading to issuance of certificate as Officers of the Watch (Deck and Engine) in line with the global maritime watchdog, International Maritime Organisation (IMO) Regulation 11/1of the STCW Convention.

According to the letter which was sighted by Maritime Bits, the Director General of NIMASA, Dr. Bashir Jamoh “appreciates the support of the institute towards the successful conduct of the exercise”. The examination is scheduled to take place on Monday April 26, 2021.

Maritime Bits had reported that NIMASA gave its nod to the institute as an examination centre for the COC in the country in January 2021.

The approval of the institute was contained in a letter addressed to Epidei which among other things, said: “This is to certify that Joemarine Institute of Nautical Studies and Research has met the requirements in accordance with the provisions of the International Convention on STCW 1978 (as amended), Merchant Shipping Act (MSA) Regulations 2010 and NIMASA MSTC Guidelines”.

Apparently given reasons why it gave its nod, the letter conveying the approval which was signed by NIMASA Executive Director, Operations, Mr. Shehu Ahmed on behalf of its Director General, Dr. Bashir Jamoh said: “Your training institute is found satisfactory and is hereby approved as a Certificate of Competency (COC) Examination Centre”.
The letter which was sighted by Maritime Bits showed that the institute was given approval for two critical maritime courses, namely Officer of the Watch (OOW) Deck (NCV) – Reg. Ii/3; and Officer of the Watch (OOW) Engine (NCV) – Reg. Iii/3.

According to the letter, the provisional approval is subject to the institute adhering strictly to the successful conduct of surveillance and other audits by the Quality Assurance Team to take a final list of students that are eligible to sit for the OOW COC examinations.
The institute is also expected to fully comply with NIMASA guidance and requirements for the COC examinations including security and facility management.

JINSR is a private leading indigenous maritime training institution duly registered and approved recognized by the Federal Ministry of Education, NIMASA and the Department of Petroleum Resources (DPR), as well as other local and foreign bodies for STCW conventional and non-conventional courses, oil and gas short courses, human capacity development consultancy and general consultancy.
Against the backdrop of the approval, Epidei had called on all seafarers in the country to visit the institute to see for themselves and also register for their COC examinations.

He assured seafarers that they would enjoy what he called “an excellent marine institutional delivery” when they use the institute facilities for their COC examinations in the months ahead.