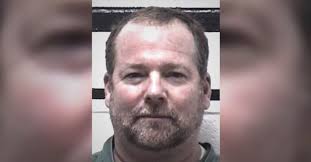 A convicted paedophile who was sentenced to 300 years for sexually assaulting six children has been freed from Arkansas Valley Correctional Facility in Colorado, United States of America (USA).

Michael McFadden, 46, was released on Tuesday after the Colorado Court of Appeals decided his right to a speedy trial had been violated. McFadden’s trial, which was scheduled for 2015, was delayed past the statutory requirements and courts ruled that he could not be retried.

McFadden was released from custody and will not have to register as a sex offender because his convictions were vacated.

“We are without remedy,” Dan Rubinstein, Mesa County District Attorney, told The Grand Junction Daily Sentinel. “The thing that is so frustrating is that everybody agrees that every decision was made to the benefit of protecting [McFadden’s] right to a speedy trial.”

Convicted child sex offender, Michael McFadden, who was sentenced to 300 years, was released from a Colorado prison on Tuesday because of a legal technicality.

After his conviction and sentencing in 2015, McFadden’s lawyer sought to add provisions in the juror questionnaire which delayed the trial. An appeals court held in June 2017 that the delay could not be attributed to McFadden and that his case would not be brought to trail again.

In February, the state Supreme Court decided not to hear the appeal which effectively allowed the lower court’s ruling, reported USA Today.

Without this additional language in the jury questionnaire, “the trial would have gone forward as originally scheduled. However, under the unique circumstances of this case, we cannot attribute the delay to [McFadden],” Judge Jerry N. Jones wrote in the ruling.

“The prosecutor expressly agreed to the jury questionnaire as drafted by defence counsel, and the trial court accepted it as tendered,” Jones added. “Because defendant did not agree to or otherwise occasion a necessary continuance, he cannot be charged with the trial delay.”

David Waites, the prosecutor for the case, said the trial in 2015 was traumatic for the victims, who were predominately young boys.

“[McFadden] befriends people who have young kids and then he gets into a situation where he has access to those kids, and he grooms them pretty heavily,” Waite said.

According to The Daily Sentinel, McFadden would take his victims out for rides on four-wheelers and dirt bikes and then molest them, mostly at night. “[There were] a couple ugly incidents at [Gunnison River] the roller dam,” Waite said.