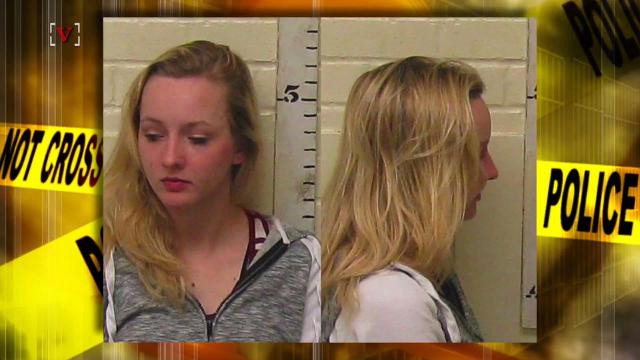 A North Texas teenager in the United States of America (USA) who falsely claimed she was kidnapped and raped by three black men last March will likely serve no jail time.

The 19-year-old Breana Harmon of Pottsboro recently pleaded guilty to four felony charges of tampering with physical evidence and government documents in relation to false reports of kidnapping and sexual assault.

“She’s very remorseful for what she did and what she said, and that’s why she decided to plead guilty,” Harmon’s attorney Bob Jarvis told the Sherman Herald Democrat. No suspects were ever identified or arrested in the case.

Harmon will be sentenced March 20. Her plea deal has two possible punishments: regular probation or deferred adjudication, which often involves fulfilling a requirement, such as treatment or community service. Neither involves jail time.

On March 8, 2017, Harmon was reported missing to the Denison Police Department after witnesses noticed the door to her vehicle was open with personal items, including a phone and keys, scattered on the ground.

A few hours later, Harmon walked into a church wearing only a shirt, bra and underwear. She said she had been kidnapped by three black males wearing ski masks, according to the Sherman Herald Democrat. Harmon claimed the men assaulted her and that she was raped by two men while a third held her down.

Investigators noticed inconsistencies in Harmon’s story within in a few days. Medical workers didn’t find evidence she had been raped, and the holes in a pair of blue jeans discovered at the alleged crime scene didn’t match her injuries, according to the Dallas Morning News.

Harmon told police two weeks later that she made up the rape and that cuts on her body were self-inflicted.

She told officers that she was upset after she and her fiancé had been fighting, according to the Herald Democrat. Harmon said she cut herself and her clothes, then made up the rape story because she didn’t want her family to be angry with her.

“Breana [Harmon’s] hoax was also insulting to our community and especially offensive to the African-American community due to her description of the so-called suspects in her hoax,” Burch said, according to the Herald Democrat. “The anger and hurt caused from such a hoax are difficult and all so unnecessary.”