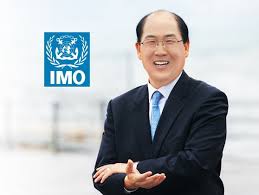 The global maritime watchdog, the International Maritime Organisation (IMO) has begun the enforcement of the International Convention for the Prevention of Pollution from Ships (MARPOL) amendments across the globe.

This was sequel to the ship fuel oil reporting requirements and amendments to the regulation for the prevention of pollution by garbage from ships have entering into force on March 1, 2018.

Ship fuel oil consumption data reporting requirements are aimed at enhancing the energy efficiency of international shipping. The data collection will begin onJanuary 1, 2019, with data reported to IMO at the end of each calendar year.
According to World Maritime News (WMN), the data collection system was intended to equip IMO with concrete data on fuel oil consumption, which should assist member states in making decisions about any further measures needed to enhance energy efficiency and address greenhouse gas emissions from international shipping.
The mandatory requirements were adopted by IMO’s Marine Environment Protection Committee (MEPC) in 2016, through amendments to chapter 4 of annex VI of the International Convention for the Prevention of Pollution from Ships (MARPOL).
Under the new Regulation 22A on collection and reporting of ship fuel oil consumption data, ships of 5,000 gross tonnages and above are required to collect consumption data for each type of fuel oil they use, as well as other, additional, specified data including proxies for transport work.

These ships account for approximately 85 percent of carbon dioxide (CO2) emissions from international shipping.
In addition, on or before December 31, 2018, in the case of a ship of 5,000 gross tonnages and above, the mandatory Ship Energy Efficiency Management Plan (SEEMP) is to include a description of the methodology for collecting the data and the processes that will be used to report the data to the ship’s flag state.
Amendments to MARPOL Annex V on Prevention of pollution by garbage from ships also entered into force on March 1, 2018. They relate to cargo residues of products which are hazardous to the marine environment (HME) and a new Garbage Record Book format.
In particular, the amendments require the shipper to declare whether or not they are classed as harmful to the marine environment. A new appendix provides criteria for the classification of solid bulk cargoes.
Additionally, the new form of Garbage Record Book is divided into two parts, the one applicable to all ships and another required for ships that carry solid bulk cargoes.
Furthermore, a new category of e-waste has been included into the GRB.
According to WMN, amendments to update Form B of the Supplement to the International Oil Pollution Prevention Certificate, in relation to segregated ballast tanks, also entered into force on March 1, 2018.