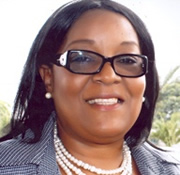 The MMS Woman of Fortune Hall of Fame (WoFHoF) initiative has gotten a Project Adviser. She is the pioneer Director General of the Nigerian Chamber of Shipping (NCS), Mrs. Ifeyinwa Akerele.

A not- for-profit organization, MMS WoFHoF initiative is the brainchild of Mr. Kingsley Anaroke, the publisher of a Lagos base maritime tabloid, MM Plus.

Anaroke in a statement in Lagos said Akerele’s appointment, which came after a series of discussion and appeal from the team to tap into her wealth of knowledge was in recognition of her unalloyed commitment to gender equality and astute dedication to the service of humanity as contained in an appointment letter dated January 23, 2018.

The publisher enjoined Akerele who is also a pioneer member of the hall of famers to utilize her well-deserved appointment to work with the management team to make the vision of the organization come to fruition by giving advice on suitable themes/subjects for the programmes/activities of the NGO.

With the appointment, Akerele is also charged with the onus of discovering ways by which the status and dignity of the woman can be elevated in the Nigerian society and beyond; act, at every convenient time as critical influencer of the numerous younger women this NGO will identify as needing/ guidance and many other responsibilities.

She is also expected to use what the said “her acumen and deep inter-personal relations among other things” to advance the cause of the initiative.

According to the publisher, accept our congratulations for this appointment and we are honoured to have you join our team to make this world a better place for humanity through your service. Already, she has helped in initiating a gender-sensitive national event with global impact billed for October 30th and 31st, 2018 at the International Conference Centre, Abuja holding under the platform of MMS WoFHoF Initiative.

She has also thrown her expertise behind the MMS Hall of Famers’ Day and Charity Night being organized in commemoration of the 2018 United Nation’s (UN) International Women’s Day (IWD) with the theme:#PressforProgress.

The IWD is observed every March 8 but the event which is billed for March 22nd, 2018 at the Wheat Baker, Ikoyi, Lagos, for time convenience, will unveil some women with the heart to conquer their limitations, and showcase women who have achieved excellence in the face of economic, social and political turbulence.  However, there will be a world media briefing on the March 9, 2017 at the corporate office of the MMS WoFHoF Initiative in Lagos.