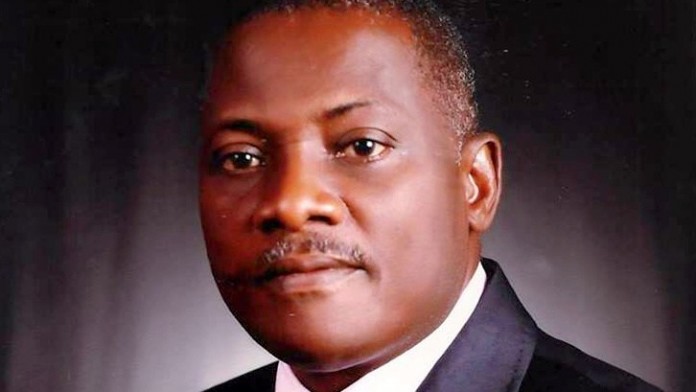 Justice Mojisola of a High Court in Lagos has issued a warrant for the arrest of the Chairman of Innoson Motors Limited, Mr. Innocent Chukwuma, over his failure to appear before it.

Dada gave the order Friday saying Chukwuma should be arrested and brought to court on March 1, the next adjourned date.

It is on record that Chukwuma has been having a running battle with Guaranty Trust Bank Plc over a transaction.

Late last year, he was arrested at his Enugu residence by the Economic and Financial Crimes Commission (EFCC). He was later released on bail.  The anti-graft agency later filed a four-count charge of fraud against him and his younger brother, Charles.

They were accused of obtaining containers of motorcycles spare parts by false pretence between 2009 and July 2011 in Lagos. The commission said the goods, which belongs to the new generation bank were allegedly obtained from Mitsui O.S.K Lines Limited in Apapa, Lagos.

The anti-graft agency said that the accused “with intent to defraud induced the staff of Mitsui O.S.K and Maersk Line Limited to deliver”, to them through their clearing agents, the motorcycle spare parts, moulds of spare parts and steel structures and raw materials called polyvinylchloride, imported from China.

The accused were said to have falsely pretended that they were authorised by GTB Plc to clear the goods and take delivery of them.

Contrary to the claims of the new generation commercial bank, Chukwuma has denied violating the condition of the deal with the bank.  He insisted that GTB Plc is indebted to him for multiple bank charges on a loan transaction with the bank.