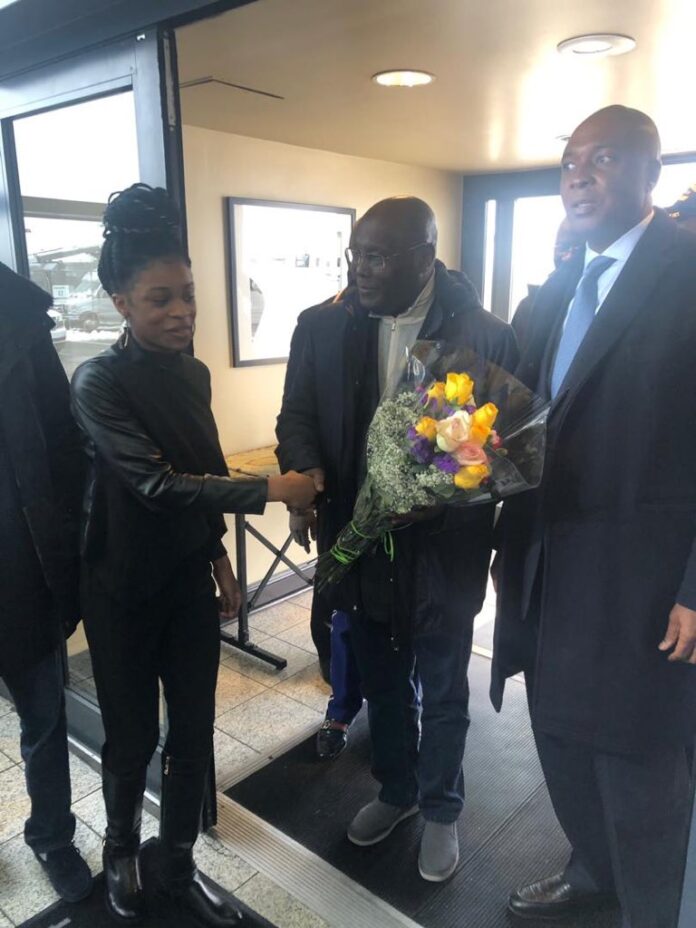 Months after using the inability of former Vice President Atiku Abubakar to travel to the United States of America (USA) to disparage him, the Federal Government and the ruling All Progressives Congress (APC) is mum as the presidential candidate of the Peoples Democratic Party (PDP) finally obtains visa and jetted out to Washington DC yesterday.

Atiku who had previously been barred by the USA government arrived Thursday in a private jet accompanied by the Senate President, Dr. Bukola Saraki, former Minister of Aviation, Chief Osita Chidoka, former chief executive officer (CEO) of AMCON, Mr. Mustapha Chike-Obi and a retinue of other advisers.

Impeccable sources also told Maritime Bits that former President Olusegun Obasanjo was already in the USA ahead of Atiku to ensure his safe passage.

The arrival of Atiku in the USA capital is coming on the heels of earlier denials by his aides in Nigeria that reports of his being in the USA was not true.

The presidential candidate of the PDP confirmed his safe arrival in the USA in his tweeter handle.

According to him, he was in the USA to meet with US government officials and Nigerians in Diaspora.

As at press time, there was no word by the Federal Government and the APC on the successful passage of the PDP presidential candidate to the USA.