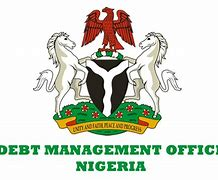 The rising debt of the country is yet to abate as Nigeria owes a whooping N42 trillion, the Debt Management Office (DMO) has said.

This is coming on the heels of the recent further debt request by President Mohammadu Buhari to the National Assembly.

A statement obtained from DMO’s website by Maritime Bits stated that the total debt represents the domestic and external debt stocks of the Federal Government of Nigeria (FGN), the 36 State Governments and the Federal Capital Territory (FCT).

Maritime Bits reports that the local component of the country’s borrowings was N24.98 trillion (60.1 billion dollars) as at March 30 just as a larger percentage of the external debts were concessional and semi-concessional loans.

Continuing, it said: “Over 58 per cent of the external debt stocks are concessional and semi-concessional loans. They were obtained from multilateral lenders such as the World Bank, International Monetary Fund (IMF), Afrexim and African Development Bank (ADB), and bilateral lenders including Germany, China, Japan, India and France.

Giving an insight into the borrowings, it said that the total public debt to gross domestic product (GDP) ratio remained within limits, at 23.06 per cent, while Debt-Service-to-Revenue was still high.

The DMO also said: “The Debt-to-GDP as at June 30 was 23.06 per cent compared to the ratio of 23.27 as at March 30. It remains within Nigeria’s self-imposed limit of 40 per cent. While the Federal Government continues to implement revenue-generating initiatives in the non-oil sector and block leakages in the oil sector, Debt Service-to-Revenue ratio remains high”