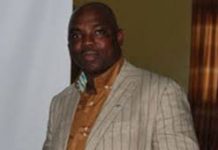 The immediate past Chairman, Governing Council, Council of Registered Freight Forwarders of Nigeria (CRFFN), Aare Hakeem Olanrewaju has picked holes in the modalities put in place for the proposed election into the council.

The council came into being with the enactment of the CRFFN Act 2007 and the subsequent election of Mr. Anthony Iju Nwabunike as the pioneer Chairman of the Governing Council and Olanrewaju as the Vice Chairman.

Following the expiration of Nwabuinike’s tenure, Olanrewaju was elected as his successor. At the end of Olanrewaju’s tenure two years after, there was a lull in the activities of the council as efforts to resuscitate the governing council with the election of a new leadership failed woefully.

Attempt to conduct a fresh election into the council last week failed as the exercise was put off by the organisers ahead of the date.

In a press statement issued in Lagos and made available to Maritime Bits, Olanrewaju picked holes in the modalities put in place to elect new members of the CRFFN Governing Council.

Apparently aware that some persons may misconstrue his stand on the propose election,  Olanrewaju said his intervention was against the consistent inquisitiveness to know what obtains or is happening in the council by fellow professional colleagues and need to offer honest clarifications to guide their decisions.

He explained that his intervention was also informed by the need to offer advice to would be governing council members, the quest to be objective in their leadership overtures so as to avoid a possible pit fall pursuance to professional representations.

His words: “First, I am not vying nor contesting the CRFFN governing council election 2018 for personal reasons. My intervention is predicated on principle. However, that does not foreclose my interest in the electioneering processes, knowing that the future of my profession is in the hands of those who get in there to formulate and make regulations to guide my professional practices.  This is because I have core interest to decide with my vote as well as that of other practitioners with regards to knowing the level of integrity and professional versatility and commitment of our professional colleagues who intend to reshape the freight forwarding profession in Nigeria.

“Secondly, you recall that as enshrined in the CRFFN Act 16, 2007 and midwifed by the Nigerian Shippers Council, the first council had transitional four years tenure (2008 to 2012) for the elected 8 freight forwarders then, while ministerial appointees had two years on geopolitical zones rotation basis. Subsequent election shall enjoy two years tenure.  It is important to note that beyond 2012 till 2018, the CRFFN had functioned and administered without a formally constituted governing council. Implying that for six years, our CRFFN has been administered by the supervising Ministry of Transportation in collaboration with our employed administrative officer (the Registrar).  So we had four years of progression into structural institutionalization of the council and formulating initial regulations, and six years of retrogression”.

Olanrewaju who is also the Managing Director, Talod Oceanair Freight Limited stated that the forthcoming election was so critical and important to the wellbeing of the freight forwarding profession as it opens up yet another window for real practitioners to take over the profession from the Ministry of Transportation as well as demonstrate willingness to show professional leadership and ability.

He argued that if this happens, it would engender capacity building via professional training and re-training in the freight forwarding sub-sector of the economy in the years ahead.

The former CRFFN Governing Council Chairman also argued that if the enforcement of the Practitioners Operating Fee (POF) commences as a key revenue component of the council, automatically the fee will be paid directly into the Treasury Single Account (TSA) by the forwarders either at the point of releasing the cargo or at the point of exit.

“The Governing Council of the CRFFN is not a port terminal or an extended bigger national association secretariat”, he maintained.

Continuing, he said: “It is a meeting point where both the appointed and elected members meet twice a year as provided in the Act, excerpt for emergency meetings for the purpose of formulating professional resolutions; review and supervise annual budget proposals; allocation and spending of the council; ratify appointments and promotion; create, appoint members and approve requisitions of the standing committees; consulting with the supervisory ministry (minister) and getting clearance and direction of general character; attend FIATA meetings in turns or any other international engagement as may be resolved by the governing council.

“In any of the said meeting, each member is entitled to a sitting allowance, accommodation, feeding and returned ticket, an approved estacodes where it involves international travels. Therefore, it is absurd for any practitioner to pick a nomination form with a mind-set of profiting or making money in the council, other than contributing or generating ideas that will culminate into effective passage of official regulations for the development and sustenance of the freight forwarding profession”.

According to him, freight forwarding professionals intending to step into the council via an electioneering process must do so with a sound personal resolve to serve both the freight forwarders and the fatherland. This was information that was not available to us that served in the first council, before we contested election in 2008. Most of us spent so much money to be elected into the council with the illusion that the more money we spend the more influence we shall command and more money we shall recoup. But as soon as we were sworn into council, this was not the case as the ministry thought otherwise.

“For the passion and development of our profession, I want to encourage every practitioner to ensure that he or she is eligible to vote for quality leaders. I believe by now, with our years of interactions, we all know those who are credible and reliable leaders amongst us both within and outside the associations. Let us be on the guard to see the list of those freight forwarders who have filed up seeking to be elected into the governing council, then our votes will give the needed direction”, he said.

Olanrewaju also picked holes in the sharing of the 15 electable members to the governing council to each of the freight forwarding associations.

He described it as “interesting and indeed deceitful” since it was coming from most of the critical elements who brandished themselves as industry gladiators and sworn that as long as they are not elected or appointed, the governing council should be crushed.

According to him, these kinds of people resorted to all manner of heightened blackmails, insinuations, incessant court actions, incitements, propaganda, campaign of calumny, organized protests against the regulatory policies. My take is, why come up with electoral guidelines for the governing council elections in the first place? The simplest thing to do and save money and time is to write each association directing them to pay an agreed amount for electoral expenses then hold an internal election among their contesting members in their respective secretariats base on the sharing formula.

He cautioned the management team to lean on the part of the spirit and letters of the Act 16, 2007 and the Constitution of the Federal Republic 1999 as amended just as he enjoined supervising ministry to watch the processes leading to the election closely so that the CRFFN will not turn out to be an extended secretariat of the associations.