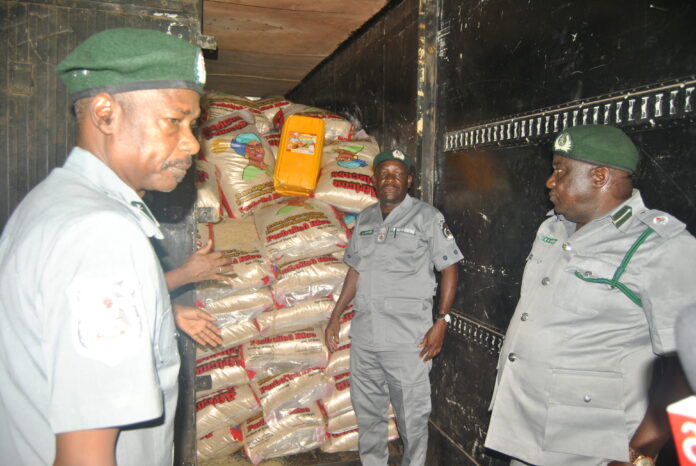 The Nigeria Customs Service (NCS), Seme Command has said that it has become a nightmare to smugglers.

It said its operational dynamics has changed thereby making it difficult for smugglers to carry out nefarious activities in the premier border said to be the busiest in the country.

The command in a statement signed by its Public Relations Officer (PRO), Selchang Kashang Taupyen said it has continued to tackle smugglers who are always devising new strategies to beat its operatives.

According to the statement which was made available to Maritime Bits at the weekend, this is evident in the recent seizures made by the command despite the effort put in by the smugglers in reconstructing their means of conveyance for concealment and easy passage.

Continuing, it said: “The commands helmsman, Comptroller Mohammed A. Aliyu is bringing his wealth of experience to bare as the operational strategies of the once hostile responses from the dare devil smugglers in the command is now intelligent driven. Suffice to say that the current intelligent driven operation of the command is not only in line with the operational ethics of the service, but also in line with the international best practices.

“It is therefore worthy of note that confrontation with the smugglers which hitherto used to be between officers and smugglers is a thing of the past. There are numerous seizures (frozen poultry products, imported rice and textile materials) made from smugglers despite their antics to gain passage. The seizures have a duty paid value (DPV) of N12, 729,780”.

The statement quoted Aliyu saying that the command will continue to operate using the best strategies to suppress smuggling to the barest minimum.

The CAC stressed that the command shall continue the harvest of seizures from non-compliant stakeholders and smugglers who have refused to respond to the clarion call to be patriotic in their trade transactions along the corridor.

He commended the operational officers and enjoined them to be ethical and professional in the discharge of their statutory functions.

He reiterated his position that the command shall continue to sanitize the Seme international border and remain a nightmare to smugglers in line with the service statutory mandate of revenue generation, suppression of smuggling, facilitation of legitimate trade and protecting the territorial integrity of the nation.