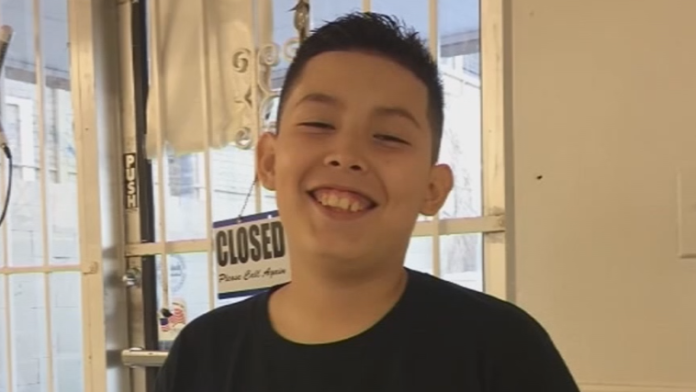 A 10-year-old Texas boy who was found dead inside a communal dryer after a game of hide-and-seek was electrocuted, according to the Harris County Medical Examiner’s office.

The child, identified by his mother as Fernando Hernandez Jr, was playing hide-and-seek and having “Nerf gun wars” with a group of other children in his East Houston apartment complex when the incident took place on Friday night.

“I don’t know what happened,” the boy’s mother, Christina Rodriguez, told KTRK through tears. “I was just inside cooking and my little son came inside and told me my son was dead on the floor.”
“My boyfriend picked him up and brought him into the house. He was purple and his eyes were open and he was gone.”

KTRK reports that first responders attempted to perform CPR on the third grader before rushing him to a nearby hospital, where he was later pronounced dead.