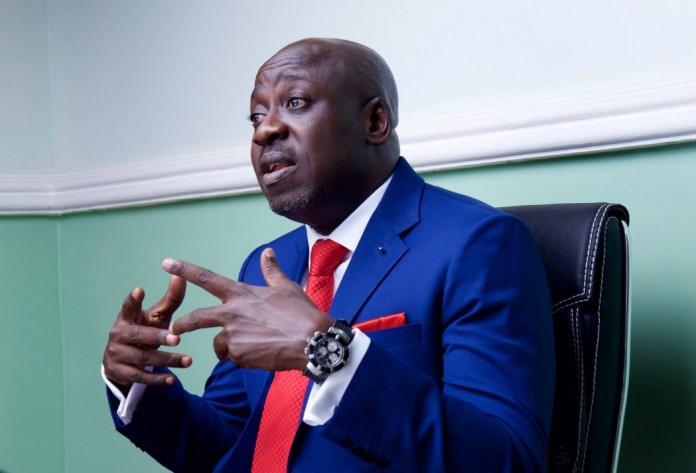 Fresh facts have emerged on why the National Publicity Secretary of the All Progressives Congress (APC), Mallam Bolaji Abdullahi ate his words barely 24 hours he refuted reports in some quarters that he is still a member of the ruling party.

Impeccable sources close to the journalist turned politician said Abdullahi was under pressure shortly after his rebuttal statement of his departure from APC was made public.

Abdullahi’s earlier statement which was obtained by Maritime Bits had dismissed speculations that he has defected from the party alongside Saraki and the governor of his home state, Kwara, Abdulfatah Ahmed.

He told journalists at the APC secretariat in Abuja Tuesday that report of his resignation trending in the media was not true.

“There is no iota of truth in the report,” he said.

Abdullahi’s absence during the regular Monday meeting of the APC National Working Committee (NWC) fuelled the speculations that he may have concluded arrangements to leave the party.

In his reaction to Saraki’s exit from the party, Abdullahi, however, said he was not considering leaving the party, stressing that: “I came through the front door and will not go through the back door.”

He defended his absence at the NWC meeting, pointing out that he actually notified the party’s national leadership of his absence from the meeting.

His words:  “It is not true that I have resigned and let me emphasis that there is no iota of truth in that report. I can understand where the speculation is coming from, perhaps because I was absent during the NWC meeting on Monday.

A protégé of the Senate President, Dr. Bukola Saraki, Abdullahi who was the Minister of Sports during the administration of Dr. Goodluck Jonathan seemed to have spoken too early as the dust of his rebuttal was yet to settle when he issued another one announcing his resignation from office and dumping the party.

Apparently eating his earlier words, Abdullahi’s statement issued in Abuja Wednesday, said that his resolve to leave the APC was prompted by series of unpleasant developments unfolding in the ruling party

He further said that more than once his loyalty to the party has been questioned, adding that his views have also been opposed on different occasions.

He added that he has suffered insubordination from some of deputies.