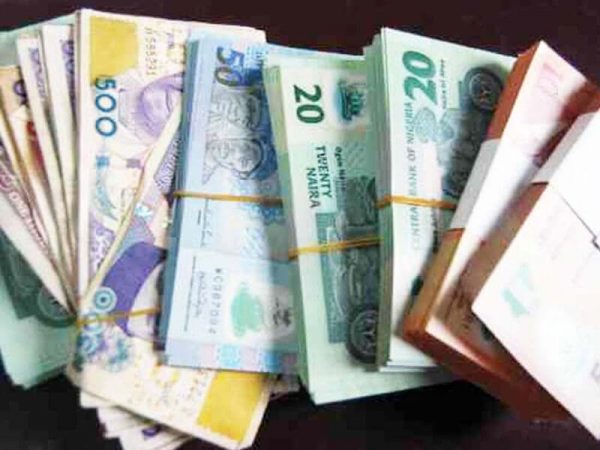 Nigeria’s apex bank, the Central Bank of Nigeria (CBN) has reiterated its call on Nigerians to treat the naira with utmost respect.

Describing the naira as a national currency that symbolises ‘our national pride’ as a country, the CBN reminded Nigerians that Section 21 of the CBN Act 2007, which stipulates that the abuse of the naira through squeezing, staining, writing on, spraying and illegal sales, among others as punishable offences, is still in force.

CBN’s Deputy Governor, Corporate Services, Mr. Edward Adamu, who made the appeal, said the naira is “a symbol of the nation’s identity and pride,” and deserved to be handled with respect.

On why the exhibition of Nigeria’s past and present currencies in the bank’s museum was desirable, Adamu pointed out that “the exhibition explores the naira in terms of its life cycle from conception to the end of its life otherwise known as the birth to death of bank notes.”

He stated that the exhibition was an opportunity for Nigerians to know how the notes came about from conception to the final resting place or the end products “which are recycled products,” adding that “all these activities are contained in the exhibition.”

The CBN Deputy Governor argued that it was impossible to understand the role of museums without taking into account all the connections to culture, their inherent arts, their communities and their environment.

His words: “Thanks to technology, Nigerian museums can now reach beyond their core audience and find new publics through hyper connectivity. Hyper-connectivity is a term coined in 2001 to describe the multiple means of communication such as we have today like face to face contact, instant messaging, telephone, and so on.”

Adamu added that in the hyper-connected world of today, museums have joined the trend just as he pointed out that the CBN houses a Currency Museum, which explains the evolution of money in Nigeria, from the pre-colonial era to the contemporary times.

“The CBN hopes that through the activities of the Currency Museum, members of the public would be better educated on how to properly handle the naira and other related matters”, he said.

According to him, these actions affect its lifespan. A lot of thought was put into the design and production of the nation’s currency, thus the need to have respect for the currency.

He reminded Nigerians that Section 21 of the CBN act of 2007 stipulates that the abuse of the naira through such acts as squeezing, staining, writing on, spraying and illegal sales amongst others are punishable offences.

“The Act clearly states that the offender must pay nothing less than N50,000 or jail term of six months or both while Section 20 (4) of the CBN Act 2007 provides penalty of not less than five years jail term for counterfeiting the naira with no option of fine”, he added.