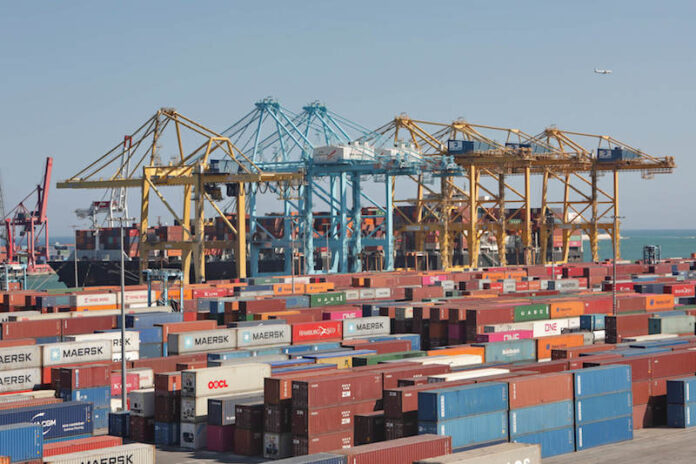 Grief and pain have continued to trail the death of the Managing Director of Ports and Terminals Operations Nigeria Limited (PTOL), Mrs. Elizabeth Ovbude.

Not a few stakeholders who spoke to Maritime Bits have expressed shock over the demise of the soft spoken terminal operator who kicked the bucket last Wednesday in Lagos from a yet-to-be made public ailment.

Already, the Chairman, Seaport Terminal Operators Association of Nigeria (STOAN), Princess Victoria Haastrup has stated that the death of Ovbude was “very sad”.

Describing Ovbude as an energetic, highly enterprising and thoroughbred professional who made indelible marks in port operation in Nigeria, Haastrup who is also the Executive Vice Chairman of ENL Consortium Limited said: “We will surely miss her. The port industry in Nigeria will certainly miss her”

Besides her husband, Mr. Felix Ovbude who was hitherto the Managing Director, Eastern Ports carved out of the NPA in 2007 before the structure was collapsed by the late President Umaru Yar’Adua’s administration, the deceased is survived by children and numerous relations.

While accepting Maritime Bits sympathy and condolence, Mr. Ovude said he is yet to come to terms with the demise his wife and mother of his children.

A wholly indigenous firm, PTOL is one of the concessionaires in the nation’s seaports situated in the Rivers State capital, Port Harcourt.

It took over the running of Port Harcourt old port following the conclusion of the Federal Government concession programme in 2006.

An experienced terminal operator, Ovbude used the wealth of experience she had acquired in her various places of studies and work to bear on her roles and responsibilities as the Managing Director and Chief Executive Officer (CEO) of PTOL.

Before her position as the helmsman of PTOL, Ovbude had worked at the Nigerian Ports Authority (NPA) where she rose through the ranks to the position of Assistant General Manager (AGM). She retired from the Federal Government parastatal in April 2005.

Educated at the University of Benin and the University of Wales, College of Cardiff, United Kingdom (UK) where she obtained an M.Sc in Maritime Studies, the late Managing Director of PTOL sharpened her administrative skills by attending several trainings and obtaining various certificates from other institutions including the Institute of Management Technology (IMT), Enugu and the Nigerian Institute of Transport Technology (NITT), Zaria.