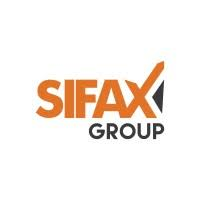 Sifax Group is making more appointments as it has elevated two of its employees into higher positions.

Musah who has over 26 years’ experience in the Nigeria’s oil and gas industry, holds a postgraduate degree in Petroleum Engineering from the University of Ibadan and a bachelor’s degree in Chemistry from the Lagos State University.

Apart from serving as well site engineer and district drilling engineer at Abacan Resources Limited before joining Yinka Folawiyo Petroleum in May 1998 as an operations engineer, in 2013, he rose to the position of the General Manager of the company and was also a member of the Y.F Power (a sister company) technical team involved in the designing and actualization of the first phase 270MW Lagos State/ AES Emergency Barge Power Project.

He later served as the company’s Acting Managing Director and was on full time secondment to wholly owned subsidiary, Folawiyo Aje Services Limited (FASL) as the CEO. FASL is the technical advisor on the OML 113 project.

Osho is a seasoned legal expert with vast experience in advocacy, commercial and property law, trademark and copyrights law as well as arbitration and legal drafting. He holds a master degree in Law (LL.M) and Business Administration (MBA) from the University of Lagos. He obtained his LL.B (Hons) degree from Ogun State University (now Olabisi Onabanjo University), Ago-Iwoye, Ogun State.

He is also co-author of a book, “Compendium of Laws under the Nigerian Legal System”.

Apparently giving an insight into the appointments made by the conglomerate, the Group Executive Vice Chairman, Sifax Group, Dr. Taiwo Afolabi said the decision to strengthen the executive management team was a pointer to its vision of driving business growth.

He explained that it was also a way of delivering what he called “excellent services” to the satisfaction of the company clientele.