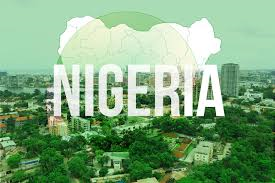 The Federal Government, States and Local Government Areas have shared N639.901 billion for the month of September, 2020, the Permanent Secretary, Ministry of Finance, Budget and National Planning, Mr. Aliyu Ahmed has said.

The Director of Information in the ministry, Mr. Hassan Dodo quoted Ahmed disclosing this in a statement issued at the end of the Federation Accounts Allocation Committee (FAAC) meeting in Abuja.

According to Ahmed, the Federal Government received N255.748 billion, states got N185.645 billion while local government areas had N138.444 billion.

He added that the oil producing states received N36.188 billion as derivation (13 per cent of mineral revenue) while Cost of Collection/Transfer and Refund was N23.876 billion.

A communiqué issued by the committee indicated that the gross revenue available from the Value Added Tax (VAT) for September 2020 was N141.858 billion.

This was against the N150.230 billion distributed in August, resulting in a decrease of N8.372 billion.

“The distribution is as follows: Federal Government got N19.789 billion, the States received N65.964 billion, Local Government Councils got N46.175 billion while Cost of Collection/Transfer and Refund got N9.930 billion. The distributed Statutory Revenue of  N341.501 billion received for the month was lower than the N531.830 billion received for the previous month by N190.329 billion, from which the federal government received N161.131 billion, states got N81.728 billion, LGCs got N63.009 billion, Derivation (13 per cent Mineral Revenue) got N21.688 billion and Cost of Collection/ Transfer and Refund got N13.946 billion”, it added.

According to the communiqué which was obtained by Maritime Bits, Oil and Gas Royalty, Companies Income Tax (CIT) decreased significantly. On the other hand, Import Duty and VAT also decreased marginally while Petroleum Profit Tax (PPT) and Excise Duty recorded increases.

It was disclosed that total revenue distributable for the current month was augmented the sums of N39.542 billion, N45 billion and N72 billion from Forex Equalization, Non-Oil Excess Revenue and FGN Intervention, respectively.

While this brought the total Distributable Revenue to N639.901 billion, the balance in the Excess Crude Account as at October 15, 2020 stands at $72.409 million.