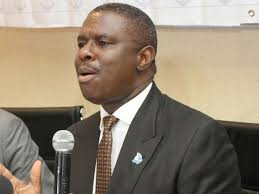 The immediate past Director-General of the Nigerian Maritime Administration and Safety Agency (NIMASA), Dr. Dakuku Peterside has tasked the new service chiefs on the delivery of their statutory roles and responsibilities.

While commending President Muhammadu Buhari on their appointment, he enjoined them to justify the confidence reposed in them by ensuring that there is synergy in the battle against insurgency, banditry, and kidnapping.

The former NIMASA Director General averred that the naming new helmsmen to head the various military formations has once again proven that Buhari listens and acts within the confines of his mandate.

Peterside noted that Buhari has once again risen to the occasion by appointing new top military personnel to provide added impetus in determined efforts by the federal government to make Nigeria more secure.

He called on the new service chiefs to do all within their powers to arrest remnants of insecurity in parts of the country, in addition to working with the civil society and collaborating across agencies and institutions.

His words: “The new service chiefs are coming in at a time when Nigerians are demanding more decisive actions against insurgents, bandits, and kidnappers. They sure have their works cut out; it is obvious that they will be under pressure to perform. The president has responded to the yearning of Nigerians by bringing fresh hands on board. We must all support them to succeed. Security is for all of us and we must contribute our quota by assisting them in whatever way we can”.

The erstwhile NIMASA helmsman in a statement issued on his behalf by his media team and made available to Maritime Bits also used the occasion to commend the former service chiefs for their efforts while they were in office.

According to Peterside, we must also commend the outgone service chiefs. They gave their best in the fight against crime and criminality. It now behooves on their successors to consolidate on what they meet on the ground and build upon it.