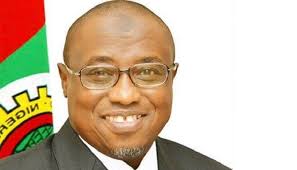 NNPC’s operational and financial results for September 2018 showed that the country guzzled 80 million litres of petrol per day in March 2018, up from the 41 million litres consumed daily in December 2017. How is this possible? What is/are the reasons for such seismic jump in consumption pattern? Baru must explain to Nigerians. It is not enough to just claim smuggling and expect everyone to swallow it hook, line and sinker.

According to the report, the February consumption was 67 million litres, and then hit the all time high of 80 million in March. The report added that it dropped to 53 million in April; 38 million in May and 44 million in June. In July, it further dropped to 39 million litres and rose again to 54 and 55 million litres in August and September of 2018, respectively. These figures don’t look real to me. They look sufficiently suspicious to warrant a proper audit to establish the truth.

But it looks exponentially less likely this government will institute an inquest into Baru’s management of petroleum imports and subsidy claims or even if it did, it is looking increasingly unlikely to yield useful insights going by the body language and antecedents of this government. There appears to be a massive reluctance to do a diligent probe into the improbable figures being bandied as the country’s daily national consumption figures. Or perhaps there is a government cover-up to prevent the country from getting to the bottom of the petrol consumption scam involving Baru and his clique.

The just released World Bank report is a damning indictment of the managers of our economy. More so, a ringing thumbs down on Baru and his NNPC of unlimited fraud. The Bank’s report has given further credence to the suspicious shady subsidy claims by Baru with the active connivance of the federal government. This was World Bank on the NNPC: “The NNPC financial reports indicate that about US$2 billion (equivalent to 0.6 per cent GDP) were deducted from the gross oil revenue prior to the transfer to the federation account for the unbudgeted fuel subsidy (‘cost under-recovery’).

“The calculations for the fuel subsidy are based on heavily inflated fuel consumption estimates, with the fiscally severely constrained Nigerian government effectively subsidising neighbouring countries’ petrol consumption as some of the fuel is informally re-exported through the porous borders.” Shame on those who tell us that this government is fighting corruption. Shame on the managers of the NNPC, shame on our security agencies, and moreso, shame on this government for looking the other way while the country is being shortchanged and robbed on such massive scale.

Some of us have written about the improbable consumption figures the NNPC claims it supplies under Baru and called for audit, but which no one seemed interested in, not the least, the Economic and Financial Crimes Commission (EFCC). The EFCC is only good at investigating opposition figures and compiling damning reports on judges but is not interested in crimes committed by the favoured elements in this government.

The Chairman of the Nigerian Governors’ Forum (NGF) and Zamfara State Governor Abdulaziz Yari last year told Nigerians that their international development partners had told them that there was no way the entire West African sub-region could consume the figures of 30-35 million litre how much more the outrageously inflated figures being bandied about by the NNPC under Baru as Nigeria’s daily national fuel consumption. That is clearly in line with the World Bank’s indictment of the NNPC that the consumption estimates were “heavily inflated”.

It is a tragedy of monumental proportions that a government that trumpets fighting corruption as a central plank policy of governance has tragically shown remarkable unwillingness to attempt a serious inquest into the fraud in the NNPC subsidy regime and the massive round tripping in the consumption volume. Once again, Nigerians are left to hold the short end of the stick. To say that this government from the outset sabotaged its fight against corruption by the choices it made is an understatement. In its actions and inactions, EFCC has followed that rhythm. In the run-up to the elections, the anti-corruption body concentrated its attention on members of the opposition party. There was and still is, a discernible pattern to the gale of defections to the ruling All Progressives Congress (APC). It is not because APC is a better party that many would want to associate with, but principally because if you join the APC, you would suddenly transform from a sinner to a hero.

Closely tied to the fraudulent national daily PMS consumption figures is the ministry of petroleum’s statement sometime ago that the corporation paid a massive subsidy claim of N1.4 trillion. Interestingly, the NNPC is the sole importer of petrol. By the end of 2017, the subsidy the NNPC paid itself as under recovery nearly touched the N2 trillion mark.

The APC, along with its supporters, when it was in the opposition, had claimed there was nothing like subsidy on fuel consumption in the country.

They easily targeted the NNPC when they assumed power, appointed an acclaimed technocrat from Mobil Producing Nigeria, Dr Ibe Kachikwu, as its GMD. The gullible supporters of the regime went to town in celebrations. Almost everything they had inherited from the last administration was considered tainted and some big changes were said to be in the pipeline. Of course, Kachikwu wasted no time rolling out the reforms. The applause grew louder, and louder, so was Kachikwu’s swagger and gait as the position of Minister of State for Petroleum Resources was added to his job description. Well, he was soon to find out that he was merely a pawn in a complex game of power and intrigues.

The real agenda of those who appointed him began to unfold – which was to take over the cash cow with the appointment of Baru as the GMD of the NNPC while Kachikwu was to remain the Minister of State for Petroleum Resources, with President Buhari as the substantive Minister of Petroleum Resources. If I may ask, what is Kachikwu’s job description now? Where are the reforms now? Well, as things have turned out, it appears Baru’s agenda was to undo all the reforms Kachikwu had initiated with the active support of Mr President himself. The NNPC is still operating at a huge loss and the situation is not going to change anytime soon. All those who touted the so-called reforms then as evidence of “change” and Buhari’s determination to do things differently have now shut their mouths and closed their eyes to the corruption going on in Baru’s NNPC. The loudmouthed hypocrites who issued critical statements calling for protests are now conveniently silent in the face of the raping of Nigeria.

Stripped of all powers, Kachikwu essentially has become a lame duck; only putting up appearances at conferences and meetings of the Organisation of the Petroleum Exporting Countries (OPEC). He hardly knows what is going on in the NNPC, a parastatal under his ministry. He only gets information about the goings-on in the corporation from the media. And of course no one takes him seriously anymore. His office is even said to be starved of funds and barely scrapes through for his travels. As we say in pidgin English, dem don show am say power pass power.

Only recently, our anti-free market Buhari rejected the Petroleum Industry Governance Bill (PIGB) that would have revolutionised, liberalised, completely reformed, eliminated most of the fraud and subsidy, ensured transparency, inspired confidence and attracted massive economic investments to the oil sector for the simple reason that it reduced the powers of the president to interfere with the oil sector. You see, Buhari’s anti-reform stand has been laid bare. His medieval desire to control the disbursement of patronage and sleaze is as strong as it was 35 years ago. But many foolish gullible supporters continue to tell us about Buhari’s fabled integrity and sincerity of purpose is enough to turn Nigeria into paradise. But where is the integrity when the NNPC continues on the path of corruption right under Buhari’s nose?

A lot of malfeasance is being committed by those who had claimed piety and fidelity to transparency. There is a massive fraud going on under Baru and Nigerians are just too complacent about it. How could he claim that the daily national consumption of PMS had risen to 80 million litres daily? This is a lie – the government knows it, the EFCC knows it, Baru himself knows it. What we are witnessing is a brazen daylight robbery of our national wealth by a privileged clique of thieves. We must steadfastly draw the public’s attention to this fraud. In saner climes, people should be pouring on to the streets in protests against the massive sleaze. Baru claimed smugglers are smuggling the product across the borders to neighbouring countries. Though the Customs and other security agencies at the nation’s borders are “fantastically” corrupt, you and I know it is highly impossible to smuggle over forty million litres of petrol across the borders on a daily basis. What is the mode of smuggling it across the borders is it by trucks or jerry cans? If it is by trucks then it makes it a lot easier to apprehend the smugglers except it is a well organized syndicate of criminals with official connivance. Where is the Nigerian Customs in all this?
A good place to start the investigation of this fraudulent claim is actually the port which has all the records of shipping, volume, and the country of origin of all goods including petroleum products imported into the country.

How did our PMS consumption rise so astronomically to 80 million litres per day in March 2018 and average 53.2 million litres per day in other months from an average of 30-35 million under the last government? Who are those behind the alleged smuggling on such an industrial scale and why have they not been arrested? Or is smuggling no longer a crime? And why is smuggling PMS to neighbouring countries now more intense under this supposedly anti-corruption government than under the last government that was declared corrupt? Why are we losing so much revenue under this government to so called smugglers? What is the purchasing power of an average citizen in our neighbouring countries such that they consume more than Nigerians consume? What is the size and capacity of the sub-regional economies to be able to absorb such huge volume of fuel purportedly smuggled out of Nigeria into these countries daily?

Nothing short of an open and transparent inquest into the massive stealing of taxpayers’ money through heavily inflated fuel consumption claims on which subsidy is paid will suffice.

Editor’s Note: This article was first published as Many More Questions for Baru in THISDAY Newspaper