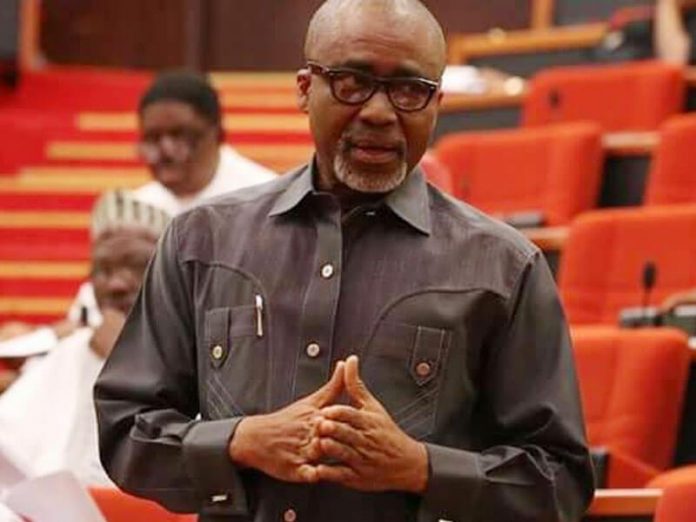 The growing number of legislators in the net has gotten an addition as the Department of State Services (DSS) has arrested the legislator representing Abia South in the upper chamber of the National Assembly, Senator Eyinnaya Abaribe.

Though the details surrounding his arrest were unknown as at press time, Maritime Bits learnt that the legislator who was a one time-deputy governor of Abia State during the administration of Chief Orji Uzor Kalu was arrested in Abuja yesterday at a popular hotel located at Maitama District.

Although no official reason has been given for his arrest, the lawmaker who is the Chairman, Senate Committee on Power, Steel Development and Metallurgy, had not long ago alleged that N30 billion was smuggled into the allocation for power in the 2018 budget.

He said the N30 billion was listed for expansion and re-enforcement of infrastructure in the distribution companies to reduce stranded firms but insisted that his committee was not aware of the insertion.

His words: “The amount never passed through the senate power committee. Where did such huge sum of N30 billion come from? Let the Budget Office and other relevant bodies conduct self- examination. Such self-examination will go a long way to clear the grey areas”.

In the same vein, the senator who chairs the South-East Senate Caucus, expressed shock over the cut in the budget allocation for the Akanu Ibiam International Airport terminal, Enugu pointing out that an emergency meeting of South-East lawmakers had been summoned to unravel when the cut was carried out and by who?

His words: “No right thinking Igbo man would support any cut on allocation for projects in the South-East region. We are committed and determined to find out who made the cut. We actually lobbied for the Enugu airport terminal allocation to be increased to N3.5 billion until the Ministry of Aviation told them that it could not be increased beyond the N2 billion allocations.”