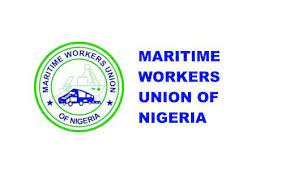 There was jubilation in the homes of five members of the Maritime Workers of Nigeria (MWUN) among the eight Nigerians kidnapped by gunmen in Rivers State waters last week regained their freedom.

When Maritime Bits visited the home of one of the abducted MWUN members who regained their freedom in Lagos, his family and close friends could not hide their joy over the news of the release.

The Nigerian Maritime Administration and Safety Agency (NIMASA) which had earlier expressed dismay over the abduction of the workers said in a statement recently that it has secured their release from captivity.

NIMASA in a statement signed by its Assistant Director, Public Relations, Mr. Edward Osagie said the kidnapped were released on Saturday evening sequel to what he called “the intervention of NIMASA Director General, Dr. Bashir Jamoh and other stakeholders”.

The statement which was made available to Maritime Bits noted that the Director General of NIMASA broke the news after a telephone conversation with the President-General of the MWUN, Comrade Adewale Adeyanju.

Osagie maintained that the abductees were believed to be in the good physical condition and the MWUN President General is expected to provide a detailed report on the incidents surrounding the abduction early next week.

Maritime Bits had reported that no fewer than eight persons travelling to the Rivers State capital, Port Harcourt from Kula in Akuku-Toru Local Government Area were intercepted by gunmen and subsequently abducted along the Kula-Abonnema waterways.

The statement from the apex maritime regulatory authority was silent on whether ransom was paid to secure the release of the abductees amidst tongues wagging in some quarters that money running into several million of naira was paid to the kidnappers.