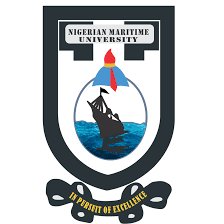 The establishment of Nigeria Maritime University in the oil rich region island of Okerenkoko in Gbaramatu Kingdom in Warri South/West Local Government Area of Dela State in 2015 was greeted with jubilations. It is a token of reciprocation of the long years of oil explorations in the region as well as creating sense of belonging to the people. On a wider note, it offers yet a source of government presence in genuine development of the proverbial neglected hen that lays the golden egg. No wonder there is absolute peace and uninterrupted oil explorations, maritime businesses and movements of expatriates and locals in the region.

In spite of the delay, as academic activities took-off in 2018 and the COVID 19 pandemic that held the world down in 2020, the pioneer students of 2018/2019 academic session for four-year programme would be graduating this year.  Kudos to the university management and to all supportive and critical stakeholders for this success story.

While government is commended for establishing the Nigeria Maritime University in Okerenkoko, it is also appropriate to truly encourage the establishment by providing the basic requirements for the smooth operation of the tertiary institution. For avoidance of doubt and for purposes of clarity, the university is located on the island of Okerenkoko, lying at the bank of the Escravos River which is only accessible through water transportation. Commuting from Warri, the nearest urban centre, to Okerenkoko through ferry-boat takes approximately two (2) hours. Cargo and material shipments via cargo-boats and barges approximate twenty-two (22) hours to access Warri, return journey. To say the least is to admit the obvious that the cost of living in islands is very high.  As costly as ferry fares to and from Warri, major life essentials like water, foodstuff, gasoline, toiletries and students’ appetizers such as biscuits, sugar, milk, tea are very expensive and sometimes make life miserable.

There is urgent need for the Federal Government to come to the aid of the school by addressing the following challenges:

University Bill: Between 2015 and today, the bill establishing the university is yet to be signed to law. Acknowledging that the process of law making is tedious, eight years counting from 2015 is enormous to complete the signing of the bill establishing the university. In as much as this bill cannot be compared with the Petroleum Industry Bill (PIB) that lasted for decades, yearly Appropriation Acts that are signed into law in few months are also legal documents that undergo legislative processes. Thoughts were that the unique nature of the university and the peculiarity of the terrain would propel the National Assembly and the Presidency to speedily pass the bill into law to fast-track the much appealing developmental needs of the university and its environs, but to no avail. The National Assembly and the Presidency are requested to speedily facilitate the signing of NMU Establishment Bill to law.

Dockyard: The dockyard approved alongside the establishment of the university to act as workshop for the students is yet to be delivered to the school. The absence of this essential and underpinning facility in maritime education is a hindrance to developing the required skills and practical knowledge of the students. Also, the absence of the dockyard is stripping the institution of expected Internally Generated Revenues (IGR). Government should release and deliver the dockyard to the university to serve the required purposes as doing so will engender economic and social emancipation of the oil rich kingdom, the people, the state and the country in general.

Permanent Site: The abandoned permanent site of the university is almost becoming a wasteful investment. At the establishment of the university in 2015, contracts were awarded for building constructions. Unfortunately, there is no presence of any contractor on site and all the constructions initially embarked upon are in virtually dilapidated. It is expected that government would appreciate the terrain and its associated environmental hazards and expedite actions to ensuring that conducive classrooms, offices and accommodations are provided for both students and staff. It is far from reality to think that the yearly capital expenditure budgets from the Federal Government can develop the university and special interventions from government agencies can only play its supportive roles; therefore, the university needs more than TET Fund intervention. There must be deliberate actions from the Federal Government, State Governments or a specialized agency like NIMASA, as was perceived earlier to develop the infrastructural needs of the university. Great thanks and appreciations to the leadership of Kurutie community for the take-off campus and subsequent ceding of some plots of land to the institution for expansion. The Federal Government should urgently remobilize the contractors to the permanent site and ensure timely completion of the construction works, particularly as the take-off campus is becoming congested with compacted constructions.

Staff Welfare and Talent Retention: To mention yet another challenge is the issue of staff welfare and manpower requirements. There is shortage of manpower in the maritime sector of the economy. The few ones available prefer to work in the industry rather than the classrooms. Hence, there is need to adequately motivate the staff for enhanced efficiency, effectiveness and retention. Integrated Payroll and Personnel Information System (IPPIS) salary is grossly inadequate to cater for sea-farers feeding and clothing, much more providing for school fees, rising utility bills, house rents and other social needs of staff. In essence, government is requested to factor-in a differential   motivational package to encourage staff because their services are offshore.