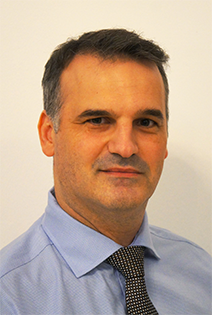 One of the leading international events companies in the world, Dmg Events has opened an office in Egypt.

The establishment of an outlet in Egypt adds to the growing number of its existing offices in the United Arab Emirates (UAE) which serves as its headquarters, Saudi Arabia, South Africa, the United Kingdom, Canada and Singapore.

Besides strengthening its commitment to the Egyptian exhibition market, the opening of the company local entity in the African country would facilitate what it called “continued expansion” into key market for the Middle East and Africa.

Described as a leading organiser of face-to-face events and a publisher of trade magazines, it said it aims to keep businesses informed and connect them with relevant communities to create vibrant marketplaces and to accelerate their business across multiple platforms.

In a statement signed by its Corporate Communication Executive, Mr. Nathanielle Townsend and made available toMaritime Bits the company said: “Expanding its regionally prominent Big 5 brand, dmg events successfully launched The Big 5 Construct Egypt in September 2018.  This will be joined by two more confirmed events for 2019. Ports evolution catering for the booming ports and logistics market and the Food and hospitality show Egypt on 24-26 June 2019, which will support the turnaround in Egypt’s HORECA, food retail and food manufacturing sectors that began at the end of 2016”.