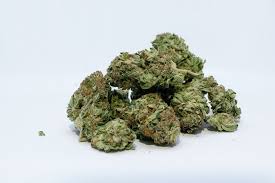 This year celebration of the International Day Against Drug Abuse and Illicit Trafficking has come and gone but the messages embedded in it will remain etched in the minds of all lovers of society, mankind and humanity. For those not oblivious of the havoc and evil associated with the abuse of drug and its illicit trafficking across the globe, the marking of the day in the country in line with the United Nations (UN) recognition of the day is apposite.

In fact, not a few analysts have opined that the biggest gift this year to the commemoration of the International Day Against Drug Abuse and Illicit Trafficking is the N2.2 billion worth of cannabis seizure by the Nigeria Customs Service (NCS), Western Marine Command (WMC) which has its operational headquarters in Apapa, Lagos.

The NCS, WMC which has Comptroller Olugboyega Peters as its Customs Area Controller (CAC) was said to have made the seizure of the cannabis popularly called Indian Helm following intelligence reports. The harmful drug which was about 10,000 kilogrammes was subsequently destroyed by officers and men of the service to the delight of Lagosians who have not ceased to wonder what would been the consequences to the society if the drug was not intercepted and seized in the first place.

Maritime Bits checks revealed that the seizure has led to an astronomical rise in the price of the commodity in Lagos and its environs as a result of its scarcity. It was also learnt that the rise in the price was also caused by its high demand in some parts of the metropolis.

Besides the fact that it has risen above 400 percent in the city centre, a wrap of the commodity which was hitherto N100 now cost as much as N400 in certain parts of Lagos and its environs as a result of its scarcity. This was not unconnected with the fact that the commodity variously called marijuana, igbo, and weewee is of the highest grade, making it to be in high demand.

It is on record that the Federal Government maintains the Import Prohibition List (IPL) and the Export Prohibition List (EPL) based on its annual fiscal policies. The NCS manages the IPL and the EPL on behalf of the Federal Government. While cannabis sativa is not in the IPL, it is mandatory for shippers to secure requisite documents and approvals from relevant government agencies ahead of shipments.

Maritime Bits had reported the seizure of the illicit commodity when Peters addressed newsmen on the recovery of the items at Agaja Beach, Badagry Local Government Area, Lagos on April 21, 2020. The NCS, WMC CAC revealed that the commodity was of a very high quality making to be the most sought after variety by drug users.

His words: “The drugs were recovered on April 21, 2020 at Agaja Beach on the high sea. It has a duty paid value (DPV) of over a billion naira weighing 10,000 kg. The exit point was the high seas. The negative effect of hard drugs on our people cannot be emphasized. It impairs cognitive and psychomotor performance. This is unprecedented because this is the best grade of Indian hemp. Experts say it is AAA grade. This is the first time we would have this kind of cannabis.”

Coming on the heels of the commemoration of the 2020 International Day Against Drug Abuse and Illicit Trafficking in the country, not a few stakeholders in the maritime industry have hailed the strides made by Peters and his officers and men.

Those who spoke to Maritime Bits commended the efforts made by NCS, WMC in intercepting the cannabis. They wondered the ripple effect of the commodity if the officers and of the NCS, WMC were not alive to their roles and responsibilities.

According to Mr. Joseph Odoli, a Lagos base importer, there is need to commend the officers and men of the command for a job well done. As far as I am concern, they did well. Imagine, if the command did not intercept and seize these harmful drugs, it would have been a disaster. This is because these drugs would have gone into the wrong hands and consequences are better imagined than experienced.

Odoli was not alone as another Lagos resident, Mrs. Foluke Bangbose also pat officers and men of NCS, WMC on the back for the seizure. According to her, effects of drug abuse on the society especially on young adults cannot be over stressed. She hailed Peters and his personnel for a job well done just as she called for the support of everyone to enable the service do more in the months ahead.