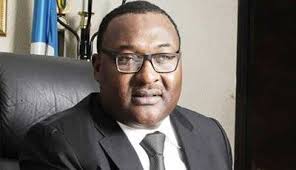 The Nigerian Shippers’ Council (NSC) has tackled multinational shipping companies on the container deposit they collect from shippers in the country.

The NSC Executive Secretary, Mr. Hassan Bello stated this while on a visit to some of the shipping firms in the port city of Apapa, Lagos.

Bello who was accompanied by some top management staff of NSC said the council has received several complaints from shippers on the challenges they are facing on the payment of container deposit to the shipping firms.
He enjoined the shipping companies to make the refund within four days after the empty container was returned. He also asked them to consider ending the regime of collecting deposits from shippers in the country.
As a way out, the NSC Executive Secretary asked them to safeguard their empty containers if possible with an agreement that will be binding on the shipper. He also asked them to put a stop to the issue of indemnity being demanded from licensed customs agents.
He enjoined the shipping companies to consider waiving some demurrage caused by the gridlock on the port access roads.
He argued that the shipper cannot be compelled to pay for demurrage on his goods at the ports for which he was not the cause.
Other issues raised by NSC Executive Secretary was the need to make the ship manifest available within the stipulated time allow before the arrival of the vessel to enable relevant agencies make plans for the reception of the goods; support the Inland Dry Ports (IDP) by facilitating safe transportation of goods to the dry ports with Bill of Lading; and transparency in their dealings.
The Managing Director of Grimaldi Agency Nigeria, Mr. Ascannio Russo in his response denied that his company delays refund of container deposit to shippers on the return of empty containers.
According to Russo, the shipper does not need to come to the office to get his refund. We have an arrangement in which the shipper can just make a phone call or send an email to the company and get his refund within four days. We do not collect container deposits from all of our customers. Those who pay container deposits were importers who are not well structured to be entrusted with empty containers.

While assuring that ship manifests have always been given out to the relevant authorities in good time in both soft and hard copies, he hailed the efforts of NSC in the dry ports and truck transit projects.

He expressed his company readiness to facilitate movement of goods to the IDP with Bill of Lading.
Others who also spoke during the inspection tour also toe the line of Russo in their response to Bello’s requests. For instance at Maerskline, the Director, Customer Service, Central West Africa, Mr. Razak Ngula also claimed that his company does not delay in the payment of refund on deposit to importers.
Ngula also said that not all of its customers are required to pay container deposit just as he pointed out that the gridlock on the port access roads remains a drawback to its operations.