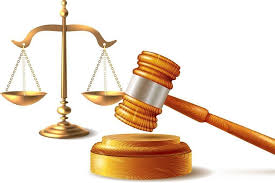 No fewer than three persons are in the net for the alleged attempts to extort huge sums of money and defame the pioneer Vice Chancellor of Nigeria Maritime University (NMU), Okerenkoko, Delta State, Professor Maureen Etebu.

Already, the Federal High Court (FHC) sitting in Warri, Delta State has fixed November 17, 2020 for the arraignment of the three suspects.

The three persons arrested by the operatives of the  Zonal Headquarters of the Nigeria Police, Zone 5, Dr. Vincent Akpoveta (38yrs), Doboikiabo Warmate (47yrs) and Edgar Daniel Biu (47yrs) were accused of alleged involvement in the conspiracy to extort the total sum of N7.7 billion at various occasions in June, 2020.

In the suit filed by the Inspector-General of Police with number FHC/WR/66CC/2020 and with eight count charges of alleged criminal extortion and attempt to defame the characters of the erstwhile Vice Chancellor of NMU, Professor Maureen Etebu which is punishable by section 24(2)(a)(b)(1) of the Cyber Crime Prohibition and Proclamation Act 2015.

In the charge sheet presented in FHC, the three accused were alleged to have “in June 2020 sent an offensive and obscene mails to Etebu thereby committing offences punishable under section 24(a) (b) of the Cyber Crime Prohibition and Revocation Act.

Attempts by the Police prosecution counsel, Barrister N. A Ukpebor to move for the taking of the plea by the accused on the eight point charges brought against them were rebuffed by the defence counsels on the issue of timing and three days rights of the accused between arrest and arraignment.

The three defence counsels namely, Barristers N. Trofaniowei (4th respondent), Barrister Brave Enodah (3rd respondent) and Barrister N. Ohre (1st respondent), argued that instead of taking the plea from the accused and commence arraignment, the arraignment should be moved till Thursday 12th November, 2020 to allow for the three days right of accused as provided for under section 382(6) of the Criminal Justice Administration Act.

They argued that the three days being sought will allow the accused and their counsel to study the charges brought against them, list of witnesses and the proof of evidence provided by the prosecution. However, Ukpebor pleaded with the Presiding Judge that the claims of non-preparedness by the defence counsels based on the accused health status and three days rights should be discountenance as the accused readiness to return to court and take plea may be in doubt.

He pleaded that the Presiding Judge ordered for plea to be taking from the accused and a date can be taking for adjournment.

Nevertheless, the Presiding Judge of FHC, Warri, Justice Emeka Nwete after hearing the arguments and counter arguments between the prosecuting counsel and the defence counsels ordered that the three accused should be produced in court on November 17, 2020 for plea and proper arraignment.

Justice Nwete warned that if any of the three accused are not present in court on the adjourned date, the three defence counsels would bear the consequences as he vowed that he will ensure that punitive measures are taken against them.