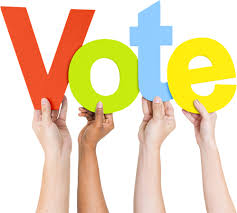 As the 2019 general election kicks off tomorrow with the voting of the presidential candidates and members of the National Assembly, certain categories of persons will not exercise their civil responsibility by casting the candidates of their choice. These persons may not necessary be opposed to the election in any way but are in circumstances or situation that would not allow them to cast their votes. Maritime Bits findings showed that these categories of persons include but not limited to the following:

1.  Those who are 18 years old and above but did not register to vote in the election.

2.  Those who registered to vote but did not obtain their permanent voters card (PVC) until the date set as a deadline for collection by the Independent National Electoral Commission (INEC) elapsed.

3.  Those who misplaced or lost their permanent voter cards (PVC) and did not take advantage of the opportunity given by the Independent National Electoral Commission (INEC) to get replacements until the deadline given by the umpire elapsed.

4.  Those who registered and collected their permanent voters card (PVC) but would not be at the place they registered on election days.

6.  Those who will be sleeping on election days and only wake up hours after accreditation has been concluded because they did not go to bed on time on Friday night.

7.  Registered voters with their permanent voter cards (PVC) who are involved in accident hours before accreditation and voting time.

8. Registered voters with their permanent voter cards (PVC) that are behind counter or in police cells on election days. The list include those in the Economic and Financial Crimes Commission (EFCC), Directorate of State Security Service (DSS), Directorate of Military Intelligence (DMI), Nigerian Army, Nigerian Navy, Nigerian Airforce, Nigeria Customs Service (NCS), Nigerian Security and Civil Defence Corps (NSCDC) or  other security operatives’ detention facilities across the country on election days.

9.    Registered voters with their permanent voter cards (PVC) who are sick at home or hospitals.

10.  Registered voters with their permanent voter cards (PVC) who travelled out of the country and could not return a day ahead of the election.

11. Those who registered and obtained their permanent voters cards (PVC) but relocated to other places and could not carry out the transfer as directed by the Independent National Electoral Commission (INEC) until it was late to do so.

12. Pregnant registered voters with their permanent voters cards (PVC) who are in labour or gave birth on the morning of election days.

If I may ask, which category do you belong?