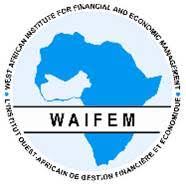 No fewer than 640 courses and workshops have been organised by the West African Institute for Financial and Economic Management (WAIFEM), its Director General, Professor Akpan H. Ekpo has said.

He also disclosed that that the number of officials drawn from the central banks, ministries, departments, and agencies (MDAs) in the West African Sub-region and beyond that have benefited from these courses and workshops were not less than 17, 276.

Ekpo disclosed this yesterday at the opening ceremony of a two weeks regional course on the introduction to econometric software for policy analysis.

The regional course which attracts participants from top government officials from member states is taking place at WAIFEM Headquarter, Lagos.

He stated that the institute has established collaborative arrangements with a number of reputable institutions to ensure what he called “high and international standards” in its programmes.

Giving an insight into the two weeks regional course, Ekpo stated that it has become necessary for policy makers and analysts to understand some econometric software and their applications in analysis and decision making.

He maintained that econometric methods constitute an integral part of the decision making process, pointing out that they aid policy and decision makers in the identification of optimal policies in predicting the evolution of economic systems given changes in current policies.

He explained that the course has been designed to cover some key areas in econometric software and their application which are relevant in economic analysis.

“The course will focus on Microsoft Excel, Eviews, Stata and SPSS. Excel is widely used because it is more convenient to use than other software, less expensive and it has the ability to integrate easily with other software. The computational ability of Excel lies in the fact that it can operate both on numerical and non-numerical data.

The WAIFEM Director General enjoined the participants to take full advantage of the regional course to enhance their knowledge and skills in the course contents.

He assured them that the resource persons have been carefully selected to ensure that they derive maximum benefits from their two weeks stay in the institute.

Established in July 1996 by the central banks in The Gambia, Liberia, Nigeria, and Sierra Leone, WAIFEM has since inception engaged in building capacity in debt, financial sector and macroeconomic management in the countries of its member banks.