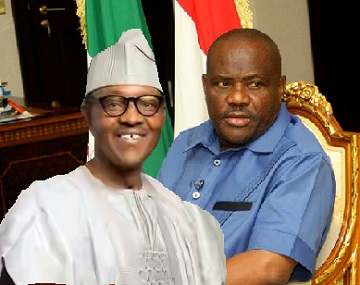 The Ijaw Professional Association (IPA) Homeland Chapter has flayed the refusal of the Federal and Rivers State Governments to address the menace posed by soot in the Rivers State capital, Port Harcourt.

Apparently unhappy with the refusal of the Federal and Rivers State Governments to tackle the menace since it started in 2016, the IPA Homeland Chapter expressed dismay that residents of the oil and gas rich state have continued to suffer untold hardship.

Describing the inaction of the government at the federal and state level as “sickening”, the group which comprises different professionals of Ijaw extraction in Nigeria stated that it was wrong for the government to leave the menace unattended to.

According to IPA Homeland Chapter in a statement made available to Maritime Bits the refusal of the Federal and Rivers State Governments to tackle head-on the continuous rain of black particles over the city of Port Harcourt and its environs is increasingly becoming a source of serious concern to stakeholders committed to ensuring environmental sustainability and ecological justice in the Niger Delta region.

Signed by its President and Publicity Secretary, Iniruo Wills and Marie-Therese Teibowei, President and Publicity Secretary respectively, the IPA Homeland Chapter said it was particularly disturbed that since 2016 when the black soot first became noticeable and added a new twist and troubling dimension to the maladies ravaging the Niger Delta region, there has been no strategic action plan of government to empirically establish the causative factors and deploy remediation and mitigation measures.

Continuing, the IPA said: “The imminent danger posed by the menace in a densely populated and bustling city like Port Harcourt is multifarious and the signs ominous. With the air already heavily poisoned by harmful gaseous emissions from oil multinationals and the soil and water polluted and contaminated, the real threat lies in the possibility of collateral damage to the human ecosystem and rich biodiversity of the people should an outbreak of cancer or other terminal epidemic occur”.

It called on the various authorities to discharge their constitutional duties and take action to bring the soot menace to a quick end.

The IPA Homeland Chapter argued that the various authorities are capable of doing what is expected from them if they decide to take the interest of the people to heart.

Besides the Rivers State Governor, Chief Nyesom Wike, it listed the Minister of State for Petroleum Resources, Dr.  Ibe Kachikwu and his Minister of Environment counterpart, Alhaji Ibrahim Jibril as some of the authorities that have what it takes to put an end to the menace of soot in the famous garden city.

It argued that Wike as the number one citizen in the oil gas rich sate owes the people of the state a primary duty to take every possible action to save them from the foreboding menace.

It also stated that Kachikwu as the Minister of State for Petroleum Resources who supervises the petroleum industry is the source of the various causes of black soot and is therefore directly and vicariously responsible for the perils occasioned by the soot.

It maintained that Kachikwu is in a position to tackle the soot challenge in the Rivers State capital, headlong.

Continuing, it stated that Jibril whose duty it is to avert and combat environmental disasters like the unprecedented level of black soot in Port Harcourt need to rise to the occasion without further delay.

It also called on other non-state actors such as faith-based groups, the human rights community, civil society organisations, the media and international agencies such as the United Nations Environmental Programme (UNEP) to prevail on President Mohammadu Buhari and Governor Wike to take swift action and stop their conspiracy of silence, neglect and untenable excuses for their inaction.