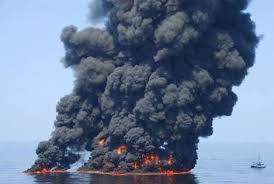 John Iwori
Apparently not pleased with the refusal of President Mohammadu Buhari and Governor Nyesom Wike to address the lingering soot that hovers over Port Harcourt and its environment over a year ago, a group called Stop the Soot Campaign has taken its case to the United Nations (UN).
In a petition address to the Secretary General of the UN, the non-governmental organisation (NGO) said: “We make this petition as affected and concerned citizens of the Federal Republic of Nigeria, residing and doing business in Port Harcourt”.
Titled “Must the World Continue to Look Away while We Die”, the NGO wondered why the Federal and the Rivers State Government have not deemed it fit to address the menace posed by the Port Harcourt soot,
The NGO which has Eugene Abels as the Lead Convener presented several documents and findings from several authorities to buttress its demand for immediate resolution of the Port Harcourt soot.
Our cry for help:
The prevalence of active ingredients of Carcinogens in the atmosphere of Port Harcourt is a crisis waiting to happen and Nigeria lack the facilities to diagnose, manage or treat the kind of ailments that will abound on a grand scale if this is not nipped in the bud.
We are aware that the United Nations and its agencies respect the sovereignty of nations by always dealing with the people through their governments. Thus even when projects and alarms are raised by the agencies of the United Nations, sometimes these efforts are swept under the table by these governments. Our position is further reinforced by the silence of the United Nations and its agencies over the pollution of the atmosphere in Port Harcourt and the state of implementation of the UNEP report on Ogoni despite having physical official representation in Rivers State. The question is: who should matter, the lives of the powerless children, women and men or the egos of the transient political actors that manage the affairs of government at a point in time?
We are persuaded by the general principles governing your organization and agencies and cite some of them:

We come under this umbrella to solicit your immediate intervention to help save us from this avoidable catastrophe. It is our belief that your timely intervention will avert a potential health crisis not too long from now. If our appeal is ignored, at least history will remember that we did all we could for our children and the unborn generations.