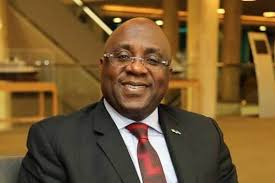 Olugbade’s assertion is coming on the heels of news reports in some quarters that that the terminal was not efficient in its barge operations.

PCHS is one of the subsidiaries of Sifax Group and the operator of Terminal C, in Nigeria’s second busiest port, Tin Can Island Port (TCIP), Apapa, Lagos,

The company in a statement made available to Maritime Bits, noted that many terminal operators have adopted barge as an alternative option for cargo transfer in view of the deplorable access roads that have made transfer through the road a nightmarish experience.

It quoted Olugbade saying that PCHSl is the number one in the handling of barges at TCIP, Apapa, Lagos going by the volume of cargoes and the investment made in cargo handling equipment.

His words: “It is not right for the terminal to be accused of not doing well in barge operations. The terminal does an average of 800 TEUs through the barge on a monthly basis while its dwelling time is just some days. We have invested in barges and some new equipment that guarantee improvement in our operations.

“Due to the reliable and efficient barge operations at our terminal, the empty and export containers of MSC from other terminals always find their way to Ports & Cargo terminal. The major challenge is that not much is happening in terms of cargo transfer through the road. The roads are not accessible. The congestion is unbearable. All the adjoining roads and streets around the ports are blocked. Trucks stay for weeks just to access the terminals. Even those who load in the terminal find it difficult to exit.  Ports and Cargo can’t be blamed for this.”

According to Olugbade who was hitherto Nigeria’s Alternate Permanent Representative (APR) at the International Maritime Organisation (IMO), being a solution-driven business, the parent company of PCHS, SIFAX Group, invested billions of naira in a new bonded facility at Ijora, Lagos in order to decongest the ever-busy Lagos Port Complex (LPC).

On port automation, he said the company was in the test phase of the process and would launch its online payment platform by January 2021.

He pledged the readiness of the terminal as well as its parent company, Sifax Group in finding a lasting solution to the logistics problem bedeviling the sector, adding that a speedy completion of the ongoing reconstruction of the access roads will bring the needed relief to all port users.