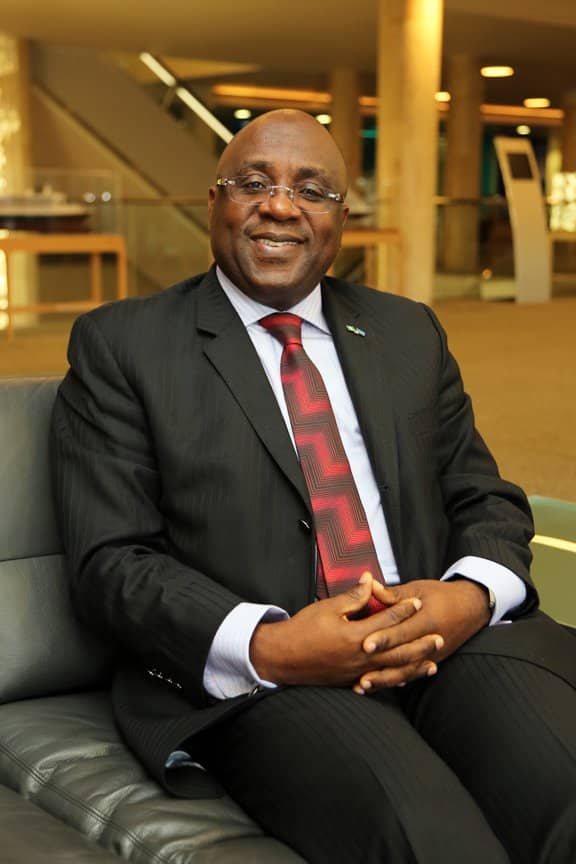 Executive Director, Sifax Off Dock, Captain Ibraheem Olugbade has stated that the use of barge and off docks will ease the present congestion plaguing Nigeria’s busiest port situated in Nigeria’s commercial nerve centre, Lagos.

Olugbade who was prior to his appointment was Nigeria’s Alternate Permanent Representative in the International Maritime Organisation (IMO), London, United Kingdom, enjoined stakeholders in the maritime industry to adopt the option of barge transportation for the movement of consignments from the nation’s seaports, especially the one situated in Lagos.

In a statement signed by the Sifax Group, Corporate Affairs Manager, Mr. Muyiwa Akande, the Executive Director was quoted saying that the challenges of congestion and traffic caused by bad access roads would drastically reduce if credible alternative to road transportation like barge is encouraged by shipping lines and agents.

His words: “Shipping lines and agents should be encouraged to key into the use of barges for transfer in view of the poor state of the port access roads. Aggressive transfer of cargoes through barges to the various off docks in Lagos will help decongest the port in a great way and help the port reach its maximum potentials”.

According to the statement which was made available to Maritime Bits, he urged the Nigerian Shippers Council (NSC) and other relevant agencies to execute the policy of establishing inland container depots in various parts of the country with more vigour as this will provide a very important leeway for the decongestion of Nigerian ports.

Continuing, he said: “The idea of floating inland container depots or off docks in various parts of the country is a very good initiative by the government. Although it is yet to yield its desired results, there is a need to pursue its implementation with more commitment by all stakeholders. Off docks are still very much relevant in Nigeria’s maritime business model. They will always help to decongest the ports and bring about efficiency in port operations”.

He noted that Sifax Group’s belief in off dock as a good port-decongestion strategy is responsible for the company’s massive investments in its current off dock facilities and acquisition of new ones in various locations across Lagos. This, he said, would enable agents to experience easier clearing process and faster consignment movement.

On the indiscriminate siting of off docks in Lagos, he urged relevant government agencies to strictly enforce the policies that guide the off dock location in Lagos state in order to avoid environmental hazards.