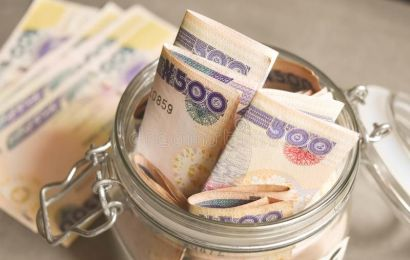 The Managing Director, Nigeria Deposit Insurance Corporation (NDIC), Mr. Bello Hassan has asked depositors, creditors and shareholders of 20 liquidated banks to avail themselves of its verification platforms to claim their funds.

Hassan who made the call at the corporation’s special day at the ongoing 36th Lagos International Trade Fair in Lagos, said the corporation had recorded significant achievements in the area of bank liquidation.

He said verification of depositors of Post Service Savings and Loans (in-liquidation) had commenced at the premises of the defunct bank nationwide in preparation for settlement of their claims.

“Recently, through newspaper advertisements, radio and television announcements and notices on our website and social media handles, the corporation repeated its call to depositors of 20 closed banks to come for verification.

“The corporation has declared full (100 per cent) liquidation dividends, depositors of closed banks and calls them to come forward for verification and payment of their deposits that are in excess of the guaranteed sums, otherwise called ‘liquidation dividends’.

The NDIC boss noted that the implication of this was that, through the Corporation’s dogged liquidation efforts, it had realised enough funds to fully pay all depositors of the listed banks.

He said notices were also sent to creditors of seven Deposit Money Banks in-liquidation as well as depositors and ex-staff of Eurobank Savings and Loans, Okporo MFB and Eurofield MFB.

Bello said besides radio announcements, newspapers adverts, handbills and posters, details were also available on its website and social media handles for members of the public to access.

According to him, depositors are at liberty to visit any of the Corporation’s offices physically or utilise the NDIC online App or visit the Claims Page on its website: www.ndic.gov.ng, to expedite processing of their claims.

The President, Lagos Chamber of Commerce and Industry (LCCI), Dr. Michael Olawale-Cole,said the current global environment had demonstrated the relevance of deposit insurance in stabilising turbulent banking systems and as buffer for financial system stability.

“There is no doubt that Nigeria Deposit Insurance Corporation plays a central role in the maintenance of stability and public confidence in the nation’s financial system.

“Today, the NDIC has recorded several successes including payment of over N119.1 billion to over 5.5 million depositors, creditors and shareholders of failed banks.

The News Agency of Nigeria reports that the theme of the 2022 annual fair is, “Connecting Businesses, Creating Value.”