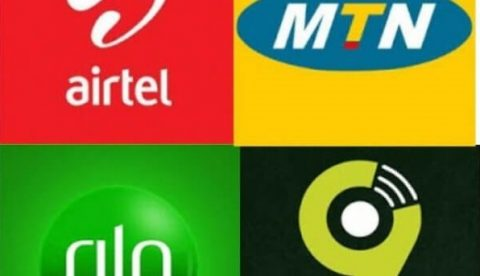 The telecommunications companies which include MTN, Airtel, Glo and 9Mobile stated that their decision was based on a directive they received from the Nigerian Communications Commission (NCC) to block access to Twitter in the country following the suspension by the Federal Government on Friday.

The Nigerian Twitterati woke up on Saturday encountering difficulty in accessing their Twitter handles while some navigated the hurdle using virtual private networks.

Mobile network operators in the country under the aegis of the Association of Licensed Telecommunications Operators of Nigeria (ALTON), however, made it clear that they have started blocking access to Twitter in a statement issued on Saturday.

The statement which was obtained by The PUNCH was titled, ‘Order to Suspend access to Twitter’. It was jointly signed by ALTON Chairman, Gbenga Adebayo; and ALTON Executive Secretary, Gbolahan Awonuga.

It read, “We, The Association of Licensed Telecommunication Operators of Nigeria wish to confirm that our members have received formal instructions from the Nigerian Communications Commission, the industry regulator to suspend access to Twitter.

“ALTON has conducted a robust assessment of the directive in accordance with internationally accepted principles. Based on national interest provisions in the Nigerian Communications Act, 2003, and within the licence terms under which the industry operates; our members have acted in compliance with the directives of the Nigerian Communications Commission, the industry regulator.

“We will continue to engage all the relevant authorities and stakeholders and will act as may be further directed by the NCC. We remain committed to supporting the government of the Federal Republic of Nigeria and upholding the rights of citizens.

“As an industry, we endorse the position of the United Nations that the rights held by people offline must also be protected online. This includes respecting and protecting the rights of all people to communicate, to share information freely and responsibly, and to enjoy privacy and security regarding their data and their use of digital communications.”

The PUNCH had earlier reported that Twitter deleted a post by the Nigerian President, Major General Muhammadu Buhari (retired) on Tuesday.

Consequently, Minister of Information and Culture, Lai Mohammed, who had accused Twitter of double standards, announced the suspension of the micro blogging site on Friday, citing the “persistent use of the platform for activities that are capable of undermining Nigeria’s corporate existence”.

Meanwhile, the Nigerian Bar Association (NBA), has threatened to sue the Nigerian government if it fails to reverse its decision to suspend Twitter operations in Nigeria.

Recall that the Nigerian government on Friday announced the suspension of Twitter operation in the country about 48 hours after the micro blogging site deleted a controversial post by Buhari on the Biafra civil war.

Reacting in a thread of tweets posted via his twitter handle, the NBA President, Olumide Akpata, expressed the association’s concern over the development.

His words:  “The Nigerian Bar Association finds no constitutional or legal authority to support the peremptory action of the Federal Government to suspend the operations of Twitter in Nigeria and deprive Nigerians of their right to freely express their constitutionally guaranteed opinions.

“Beyond the dent on our constitutional democracy, at a time when the Nigerian economy is unarguably struggling, the impact of arbitrary decisions such as this on investor confidence is better imagined.

“Consequently, if this decision is not immediately reversed, the Nigerian Bar Association will have no choice but to challenge same in the interest of the public and our democracy.”