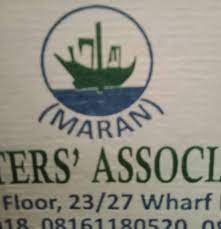 The umbrella body of journalists covering Nigeria’s maritime industry, the Maritime Reporters’ Association of Nigeria (MARAN) has condemned the arrest, harassment and intimidation of journalists working for MMS Plus, a publication of Kings Communications Limited.

In a statement issued in Lagos and made available to Maritime Bits, the executive council and entire membership of the MARAN notes with righteous indignation the invasion of the headquarters of the weekly and online specialised newspaper on Tuesday August 10, 2021 over the publication of a story allegedly deemed unpleasant by the management of the Dangote Refinery.

Signed by its President, Mr. Anya Njoku, MARAN said: “That illegal breach of Kings Communications Limited head office by plain clothed men purporting to be operatives of the Nigeria Police Force (NPF) Zone Two Command Criminal Investigation Department (CID) had disrupted the media organisation’s operations for several hours that day. The police team had arrested and only released one of the medium’s journalists after being held for several hours in handcuffs and paraded across the NPF Zone Two Command Headquarters complex at Onikan, Lagos State, South-West Nigeria”.

MARAN expressed dismay and apprehension that the Editor of MMS Plus, Mr. Kenneth Jukpor who is the incumbent Assistant Secretary-General of the association has been invited to report at that police formation, even as a number of its operatives made subtle but most vile threat that they were in possession of every information of the personnel of Kings Communications Limited and their respective family members.

MARAN which remains the oldest formal grouping of accredited and professional journalists in Nigeria and anywhere else in the world did not hide its anger over the security and safety of the media house’s personnel and their families in what it called “reprehensible drama of impunity” against MMS Plus.

It stated that its apprehension was not unfounded, bearing in mind the numerous cases of willful damage or destruction of lives, limbs and properties that lie gathering dust and unresolved in the cold cases files of the Nigeria Police across the country.

Continuing, it said: “MARAN is sorely worried that the harassment of the personnel of King Communications Limited is treading the path of a resurgence of a culture of impunity against journalists in Nigeria being perpetrated by government security operatives. MARAN, therefore, passionately appeals to the Inspector-General of Police Usman Alkali Baba to use his good offices and intercede promptly to call the erring officers to order by having them cease and desist from further harassment of the MMS Plus team. MARAN is hopeful of the expeditious resolution of the issue, noting that Baba has brought a new lease of life to bear on the headship of the NPF particularly in the very critical areas of adherence to due process and stakeholder engagements in the operations of the security agency. Incidentally, the police chief had perfected this commendable administrative template in his days as the Assistant Inspector-General, Maritime, from where he was raised to the NPF top post”.

Meanwhile, the League of Maritime Editors and Publishers has called on the Inspector General of Police and the Lagos Police Commissioner to call the operatives of the Onikan Police CID to order on how to handle civil matters involving the media.
Describing the invasion of the newspaper outfit as an “atrocious attack” to intimidate the media, the veteran journalist group condemned the attack, adding that rather than playing the ugly role in the MMS Plus office, the Police CID should have advised the Dangote Group officials on the right approach to take over the aggrieved publication.

In a statement by the Vice President of League, Mr. Shola Fadeyi and Secretary, Mr. Francis Ugwoke, the group said the police invasion and arrest of the reporter was a wrong and uncivilized approach to seek redress over unfavourable media reports.

The statement said there is an established process to take against any publication by an aggrieved party instead of the use of the Police to harass a media outfit.

While calling on the Police CID to desist from further harassment of the MMS Plus Editor, Kenneth Jukpor and the Editor-in-Chief, Mr. Kingsley Anaroke, it demanded that the Police Force should offer an unreserved apology over the invasion of the MMS Plus office, arrest of the reporter and handcuffing him over a civil matter.

“The police invasion of the MMS Plus office over a story published by the medium is wrong. What we expected the Dangote Group officials to do was to seek a rejoinder to the report or seek other action if need be. Using the Police to go after the office and editorial team was not the best option. It is against press freedom. It is another way of using the police to intimidate the media”, the group added.

According to it, MMS Plus has not contravened any known law to have deserved such a harassment, abduction and shameless parade of one of its reporters like a common criminal.

The group advised the Police to turn its attention towards securing the citizenry particularly with the high level of insecurity in the nation instead of harassing the media.