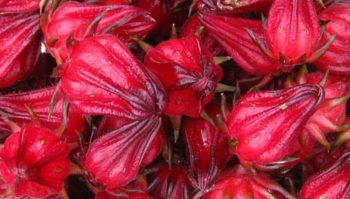 Not less than $35 million has been rake in from hibiscus export by Nigeria within nine months in 2017, the Nigerian Agricultural Quarantine Service (NAQS) has said.

Hibiscus locally called zobo is not only nutritious but highly consumed by Nigerians in the rural and urban areas.

He explained that this will help guide policy makers decide on what to do next and also open the country’s economy to opportunities in research, development, public health disease prevention and the general wellbeing of the nation.

Isegbe stated that zobo has high commercial value that state governments could key into, which already Jigawa State has and now the largest producer of the commodity, followed by other states like Kastina, Kano, Zamfara, Kebbi, Zamfara, Borno and Yobe.

He said states like Edo, Kwara could cultivate zobo plant due to the dry weather they have and would also boost their revenue generation.

Continuing, he said: “In the last one year there has been increase in exports of agricultural commodities. Hibiscus alone in one country, Mexico, generated $35 million in nine months. Last year we made more than $20 million, and that is just one commodity. In the last one year we have done what we call export improvement initiative for so many commodities. That means we are bringing those commodities that were lying low to ensure that they are properly positioned for export.

“They use it for organic colouring agents for drinks and wines, and as natural blended drink as we drink zobo here in Nigeria, the pharmaceuticals also use it for colouring because its organic. In 2016 it generated $20 million while in 2017, it generated $35 million within nine months. No fewer than 1, 983 containers were exported to Mexico alone, while other countries in Europe like Germany, Greece, Latvia, and countries of former USSR.”