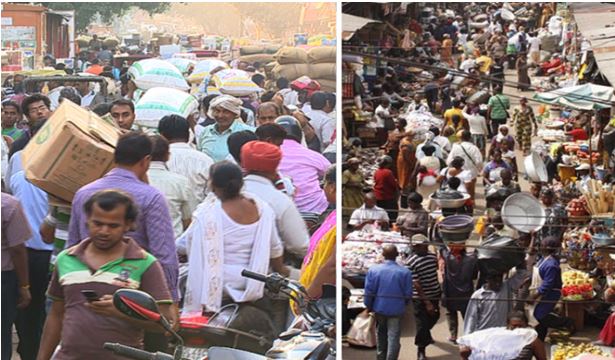 There is furore across the land as Africa’s most populous country, Nigeria has overtaken India as the country with the largest number of people living in extreme poverty.

The report issued by the World Poverty Clock said extreme poverty in Nigeria is growing by six people every minute, the highest number in the world.

Conversely, India unlike Nigeria is witnessing a decline in its level of extreme poverty.

The new report said at the end of May 2018, Nigeria had an estimated 87 million people in extreme poverty, compared to India’s 73 million.

According to the survey, in Africa the Democratic Republic of the Congo (D.R Congo) may soon overtake India as number two, while Africa may be home to additional 3.2 million people living in extreme poverty by the end of 2018.

With the report, the United Nations’ Sustainable Development Goal (SDG) to end extreme poverty by 2030 may be unattainable even as Africa faces major population increase.

According to the United Nations (UN), by 2050 around 2.2 billion people could be added to the global population and more than half of that growth will come from Africa.

It also predicts that Nigeria will become the world’s third largest country by then.

The World Poverty Clock report also states that of the 10 countries on this extreme poverty list, only Ethiopia is on track to meet the UN SDG of ending extreme poverty by 2030.

It also says outside the top 10, only Ghana and Mauritania are on track with the target.

See the list of top 10 extremely poor countries below.

Ethiopia is next with 23.9 million people, followed by Tanzania with 19.9 million.

Mozambique comes next with 17.8 million while Kenya has 14.7 million people living in extreme poverty.