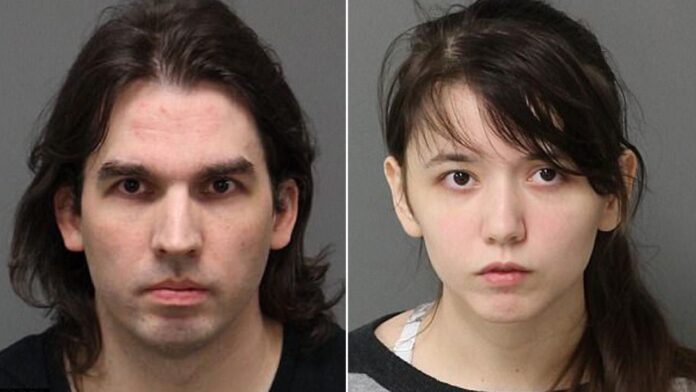 A North Carolina father and his biological daughter were charged with incest after they allegedly had a baby together.

Steven Pladl, 42, of Knightdale, and his daughter Katie Pladl, 20, were arrested January 27, 2018 after Pladl’s estranged wife reportedly told police about the pair’s baby.

Katie Pladl was reportedly adopted out of state when she was born but when she turned 18 she found her biological parents through social media.

After making contact with them, she moved into their home in August 2016 with their two other children, KRON4 reported.

Steven Pladl and his wife legally separated in November 2016, according to court documents.

The wife, who was not identified, told police that Steven Pladl would sleep on Katie’s floor in the month before she left the home.

The wife reportedly discovered one of the other children’s journals in May 2017 and in it she read that her estranged husband had impregnated Katie Pladl.

Steven Pladl allegedly confessed that it was true when his estranged wife asked him about the pregnancy. He allegedly told her he planned to marry their daughter.

Katie Pladl’s Instagram bio states that she is married.

A baby boy was with the pair when they were arrested, reports said. It is not clear who currently has custody of the child.

Steven and Katie Pladl are both charged with incest with adult, adultery, contributing to delinquency.

Both were each issued a $1 million bond.

Steven Pladl has been released on bond while Katie Pladl remains in jail, according to reports.