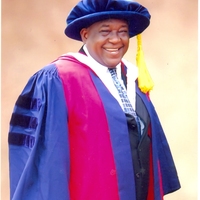 Not less than 40 percent to 65 percent of employees in the public and private sectors of the economy use their income on transportation, a don, Professor Bamidele Badejo has said.

Speaking on the topic “Achieving Intermodal Transportation System in Nigeria: Myth or Reality” at one day lecture to mark the 11th anniversary of Trans Quest Media in Lagos recently, Badejo who teaches in the Department of Geography, Olabisi Onabanjo University, Ago Iwoye, Ogun State, called for the expansion of transport infrastructure in the country irrespective of the mode.

He posited that since employees of government and private sectors spend between 40 percent to 65 percent of their income on transportation, transport has remained a huge drain on the overall income of people with gainful employments.

According to him, this has become more imperative giving the fact that in less than five months away, the process of selecting who and who are to lead us would have commenced.

Badejo who was hitherto the Commissioner of Transportation in Lagos State stated that the transport needs of the citizenry has continued to grow in leaps and bounds throughout the socio economic and geographic space of Nigeria since the introduction of the railway by the British colonialists over 120 years ago.

He stated that the importance of effective, efficient and reliable transport infrastructure development impacting positively on the Nigerian people is never in doubt and this probably accounts for why successive governments have invested hugely towards continuous development of transportation in order to fulfil the aspiration of its people.

The don argued that the solutions to the question whether intermodal transport system is achievable or not is a complex issue since it takes “the deep to drink from the deep”.

According to him, the transport situation in Nigeria is an issue bothering on several determinants or causation factors which include:  Nigeria political and administrative setting, the Nigeria economy.  Nigerian population and demographic composition which include size, structure of its population, urbanization, rurality and international conspiracy, intervention and global dynamics are combined to determine the nature and complexity of the transport infrastructure that is bequeathed to us for use as mobility and for spatial interaction.

The don maintained that the Nigeria transport system cannot be seen to have responded positively to the needs of the citizen as the current transport situation seems to have bred    corruption and nepotism at high levels; poor and lopsided information and data base; poor infrastructure and equipment base for use and weak maintenance culture; institutional and legislative framework problems (political and legislative dimensions; and unfavourable government policies, especially economic and fiscal policies (policy summersault).

Others are general inability to cope with technological dynamics and changes; stiff competition among modes of transportation as a result of general absence of co-ordination, integration and complementation; inability to respond to economic dynamics and market size; multilateral versus unilateral competition among modes; poor access to funds and finances; and dearth of human capacity and professionals that could demonstrate high of competence and understanding of overall transportation system (human capacity relevance and technological changes) as it applied to the needs of people.

The former Lagos State Transportation Commissioner explained that intermodal transport involves the transportation and movement of people and goods using multiple modes of transportation without any changing occurring in the process of doing so.

He stated that the essence of multiple modes includes movement that involves the use of rail, road, water, air and even pipelines which implies that all the modes of transport are connected and linked together within the context of engineering design and socio cultural consideration and economic reality of the people.

According to him, the huge benefits associated with the use of intermodal transportation include lower cost effect, environmentally friendly, reliability, capacity, safety advantages and timing by remaining delays especially those related to transit and interchange. It is unfortunate that the concept of inter-modality has not been fully appreciated and therefore implemented in Nigeria.

The don stated that the inability to imbibe the concept or ideals associated with intermodal transport relationship is probably responsible for the mythical nature of our people in believing in the impossibility of evolving an intermodal transportation system in Nigeria.

The annual lecture which was organised by the publisher of Trans Quest magazine, Mr. Felix Kumuyi attracted participants from far and near, including stakeholders in the maritime industry.