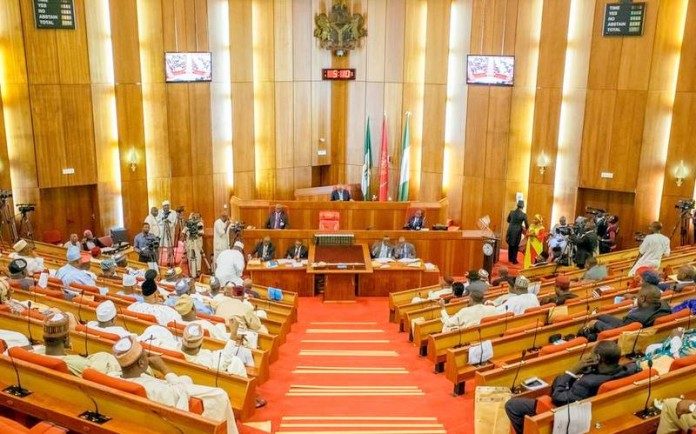 *Full Names of Senators that Defected

* Their Letter to Senate President

No fewer than 15 senators of the ruling All Progressives Congress (APC) yesterday defected to the opposition Peoples Democratic Party (PDP).

The defection of the legislators which remains the highest in Nigeria’s political history was sequel to a letter signed by the lawmakers and made public during plenary by the Senate President, Dr. Bukola Saraki.

Following the announcement of the defection of the lawmakers there was uproar as those opposed to it made spirited to avert it. However, it was an exercise in futility as the defection sailed through.

Giving reasons for their decision, the defectors argued that the APC was has factionalised. They insisted that they would not continue to pursue their political careers under the ruling party.

The joint letter of the lawmakers reads:

After due consultation, with our constituents and stakeholders in our constituency, in proper recognition section 16 (1G) of the 1999 constitution, and for the fact of our party, The All Progressives Congress, we hereby inform the Senate that we the undersigned;

We hereby inform you that we are changing our political affiliation from APC to PDP.

We thank you for your exemplary leadership.