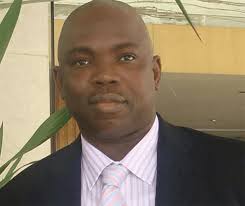 Apparently not pleased with the way and manner the Council for the Regulation of Freight Forwarding in Nigeria (CRFFN) is being managed since his exit from office, the erstwhile Chairman, Governing Council, CRFFN, Alhaji Hakeem Olanrewaju has picked holes in the enforcement notice of the council.

Olanrewaju who is also the Managing Director and Chief Executive Officer (CEO) of Talod Oceanair Freight Limited flayed the council for seeking ways to elongate its tenure instead of focusing on an election that will usher in a fresh leadership.

He spoke to newsmen in Lagos on the heels of an enforcement notice on the qualifications of freight forwarders which it intends to execute after the expiration of the deadline the council made public recently.

The immediate past Chairman of the CRFFN Governing Council argued that the present call for all freight forwarders to come forward and register properly with the requisite credentials ought to have started two years ago if the council meant well.

His words: “The present flyers in circulation being a notice for all members to register themselves properly by possessing the mandatory qualifications is what was expected of the governing council and management to have kicked started since 2018.  Turning around to issue such professional notice, at this crucial time, when the tenure of the third Governing Council has elapsed since July, 2020 (that is July 2018 to July 2020) is wrong.

“If professional administrative focus is anything to go by, the right notice to be reel out to the professionals is Notice of Election into the Governing Council and the Electoral Guidelines Therein. One may begin to consider this administrative notice on the grounds of legitimacy and viewed from the point of view of clandestine moves to coaxing the practitioners while the real issues are left unattended to”.

He wondered why up till now there has not been any rebuttal to the news making rounds in some quarters that the Governing Council of CRFFN has an elongation tenure agenda up its sleeves just as he warned against any form violations of the provisions of the Act that established the council.

Said he: “You will recall that it was reported in the news where the Governing Council was accused of plotting to extend its tenure by two additional years. To this moment, there is no official rebuttal to this report. One obvious fact that must be stated and put straight, is that the CRFFN Act 16, 2007 is an extant laws of the federation, as such pending the conclusion of the amendment process presently on going at the National Assembly relevant provisions are extant. Most importantly, the council remains a professional council with a clear legislative intents and purposes. Therefore, the governing council is hereby encouraged not truncate nor make mockery of its two years statutory democratic elective succession as provided in the act, for mere parochialism”.

Giving an insight into what propelled his making his thoughts public, Olanrewaju said: “This latest development and other happenings in the freight forwarding and logistics services sector compel my thoughts and reasoning on the above subject matter”

According to Olanrewaju, it has been a subject of professional discussion at different fora, whether or not that the CRFFN is supposed to be an agency of the government or an independent self-sustaining professional regulatory council. Better still, is the council packaged as a public private partnership (PPP)?

He called on the government to come out clear on what it really want to achieve with the establishment of the council as he noted that the supervisory ministry, subtly changed the modus operandi of the council.

According to him, this singular action presents an arrangement that portrayed the tendency for elective power shifts and flow from legally elected professionals to unduly (imposed) and appointed quangos which the practitioners derisively dubbed quangocracy.

The CRFFN is empowered by Act 16 of 2007 to regulate and control the practice of freight forwarding and promote the highest standard of competence, practice and conduct amongst practitioners, ensuring professionalism and best ethical practice.

Registration with CRFFN is mandatory for persons, organizations and associations involved with freight forwarding in the country.