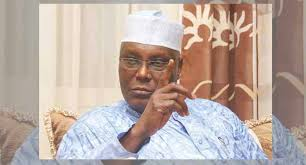 The erstwhile number two citizen in the country pointedly accused President Mohammadu Buhari’s administration of trying to destroy the company he co-founded with Mr. Gabriele Volpi because of political differences.

He stated that in order to free the company from being destroyed he has been selling his shares in INTELS over the years.

Quoting Atiku, his Media Adviser, Mr. Paul Ibe said: “Yes, he has sold his shares in INTELS and redirected his investment to other sectors of the economy for returns and creation of jobs. This government has been preoccupied with destroying a legitimate business that was employing thousands of Nigerians because of politics. There should be a marked difference between politics and business”.

Ibe’s statement was corroborated by INTELS spokesman, Tommaso Ruffinoni saying that Atiku exited the company with his family last year.

According to him, the former Vice President who contested the 2019 presidential election against President Buhari sold his interests through a series of transactions executed through Guernsey Trust, in deals that began in December 2018 and concluded last year.

The spokesman maintained that INTELS has since severed ties with the former Vice President.

Continuing, he said: “In the period between April and May 2020, Mr. Atiku Abubakar converted his remaining shares into a convertible bond that he subsequently monetized up to a residual sum of approximately 29M USD. When he requested to cash in the above mentioned sum our Group contested to Mr. Atiku Abubakar a debt, towards our Group, of 24.1M USD. Without having received any answer regarding the matter, on 30th of November 2020 Mr. Atiku Abubakar was informed about the set off of such sum while we made available the remaining sum of $5.4 million.

FG: There are 5.7m Registered Farmers in Nigeria